What Are Homeopathic Products and Should You Be Wary of Taking Them? 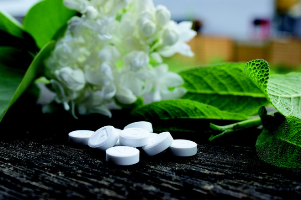 Once upon a time, homeopathy products were a niche market. But now? Its grown into a $3 billion industry, according to the Food and Drug Administration figures.

And U.S. health officials are cracking down on a growing number of unproven alternative remedies.

The FDA in December of 2017 issued a new proposal for regulating homeopathic medicines, targeting products that pose the biggest safety risks, including those marketed for children or for serious diseases.

Innovative Uses for Music Therapy on Pregnant Moms and Preemies

Music is as old as time itself and as profound as we allow it to be. Those who listen can find music even in the most mundane things; the hum of the furnace against the ticking of the clock, and the rotating of the dryer! Or perhaps the gently melody in blades of grass bending to the wind, mixing with the sound of crickets nearby. Research has shown that music can drastically affect our physiology, and our neurology, right down to our perception of pain.

Music therapy as a source of healing has been around for centuries. In fact, Plato is known to have said, "Music affected the emotions and could influence the character of an individual."

When I was first introduced to Reiki, I was twenty-three and just diving into the idea of alternative therapies. I grew up on a household with a brother who was born with a brain tumor, and an aunt with Down syndrome. I was no stranger to doctors, hospitals, and medicines. I also come from a mixed house of skeptics and alternative spirituality believers. It was no odd occurrence to have a tarot reading taking place in the kitchen, while a discussion on the ramifications of global warming and the latest research was also taking place in the living room.

I have always treaded a fine line between those two worlds. As someone who feels deeply tied to my family, it was natural to hunt for new and safer ways to heal the body. Reiki ended up being that for me.