<< Could Staying Up Late Induce Epilepsy? A Dangerous Habit Revealed

The Most Common Travel Sicknesses — And How to Avoid Them 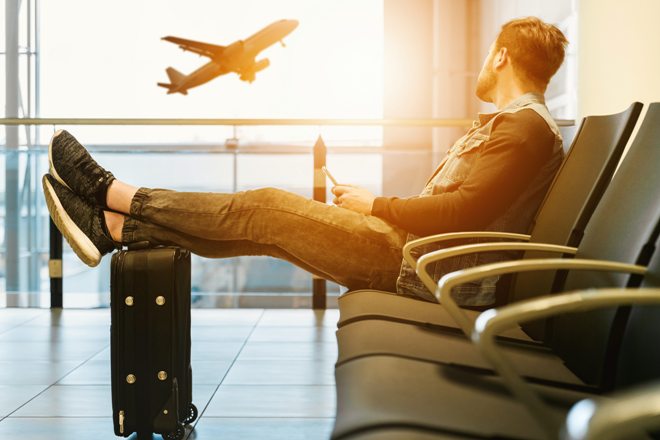 Many people love to travel, but no one likes for their trip to be ruined by an unexpected sickness. While you can get sick at home or abroad, some sicknesses are more common to catch while away from home.

In this article, we’ll take a look at the most common travel sicknesses and give you tips to avoid them. You should consult with your doctor about whether it’s a good idea to stock up on a small supply of travel medications before traveling. Some people also turn to antiviral medications. Make sure to check out our article Tips on Travelling Abroad with Medications before you pack your bags.

Many of these diseases are spread through mosquitoes, but some are spread from human to human contact or ingesting contaminated foods or beverages. Below, we’ll take a look at all three categories.

Let’s start with West Nile virus. The article states that this virus is most common in “temperate and tropical regions like East Africa, Latin America and the Caribbean.” This virus is spread from mosquitoes, but only infected mosquitoes. If your mosquito bite comes with “ fever, fatigue, headache, nausea, vomiting, swollen lymph glands, and a rash on the chest, stomach, or back” then you should seek immediate medical attention.

However, did you know that 80% of cases of West Nile virus are asymptomatic? You might not even realize you have it. But if you do have symptoms, you will likely feel very sick.

Another common disease that spreads through mosquitoes is malaria, which is most common in Africa, Central and South America, the Caribbean, Asia, Eastern Europe, and the South Pacific. While it’s also a mosquito-borne disease, its symptoms usually do not show up right away.

“Unlike WNV, malaria symptoms tend to crop up anywhere between a week to a month after the female mosquito-borne infectious disease has entered your system. You’ll experience flu-like symptoms, including chills, nausea and fever.”

The article recommends talking to your doctor about taking an anti-malaria pill before, during, and after your trip to help prevent malaria. Antimalarial drugs are very common when traveling to places where you’re at a high risk of being exposed to malaria.

Another travel illness you want to avoid is dengue fever, a very unpleasant illness that can even be fatal in severe cases. The most common places to encounter dengue, which spreads through mosquitoes, are tropical countries such as India, Southeast Asia, Southern China and Africa. The vast majority of dengue fever cases are asymptomatic, but those that aren’t include “sudden onset fever, weakness, nose bleeds, easy bruising and a headache typically experienced behind the eyes.”

Readers Digest explains, “Depending on the severity of the case, treatment can include oral or intravenous rehydration or a blood transfusion. For quick pain relief, opt for acetaminophen tablets instead of aspirin, which could worsen bleeding.”

Did you know tuberculosis is common in Asia, Sub-Saharan Africa and South and Central America? Many people don’t realize this disease is still around, but it is.

Readers Digest reports that tuberculosis is “highly contagious and spread through the air via coughing, sneezing, speaking or singing.” That’s because tuberculosis (also known as TB) is a bacteria that primarily attacks the respiratory system.

“One way to determine if you have it is if your cough persists for more than three weeks, with other symptoms including chest pain, coughing up blood, weakness, unexplained weight loss, lack of appetite, chills, fever and nighttime sweating.”

Luckily, there is a vaccine for tuberculosis called the Bacille Calmette-Guérin (BCG) vaccine. This vaccine is common in countries where tuberculosis is frequently contracted, but is less common in the United States. According to a scientific report, “Seven trials reporting tuberculous deaths showed a protective effect from BCG vaccine of 71%.”

If you’ve ever been on a cruise ship, chances are good that you’ve heard of the very common travel sickness of norovirus. That’s because this virus spreads quickly and easily in confined spaces such as cruise ships. It’s more common in colder climates.

Readers Digest explains, “Dubbed ‘the winter vomiting bug’ in the UK, norovirus is most commonly contracted in colder climates where people stay indoors and are within close proximity of one another. This also rings true for cruise ships, where many incidences can be traced back to an individual contaminating food with fecal matter and transmitting it to other passengers. The virus may be unpleasant and widespread (affecting up to 267 million people per year), but most people who experience its symptoms of diarrhea, low-grade fever, forceful vomiting and weakness recover within a few days.”

You can talk to your doctor about whether it’s a good idea to travel with anti-diarrhea drugs in case you become sick with a travel disease and one of your symptoms is diarrhea.

The last major category of common travel diseases are the illnesses that spread from consuming contaminated food or drink. You may not necessarily contract this from another human, but from eating or drinking something that contains harmful bacteria. Maybe it sat out too long, went bad, wasn’t stored properly, or contains bad bacteria from another source.

Often, contaminated food or drink leads to a case of traveler’s diarrhea, which is very common but nonetheless extremely uncomfortable and unpleasant to endure. It’s most common in developing countries like Central and South America, Mexico, the Middle East, Asia, and Africa.

According to Readers Digest, “The most common traveller’s illness [traveler’s diarrhea] largely affects infants, the elderly and those who are immunosuppressed.” However, anyone can catch a bad case of this diarrhea. In fact, according to Johns Hopkins, traveler’s diarrhea “affects up to 80% of international travelers based on the destination.”

Traveler’s diarrhea comes from consuming contaminated food or drink, and the usual symptoms are “an urgent need to use the bathroom, bloating, nausea, dehydration and death if not treated immediately with antibiotics or fluids.” You might want to carry around hand sanitizer so that even if you wash your hands with contaminated water, you will kill off the bacteria before spreading it to yourself.

The article recommends boiling water or drinking from packaged water bottles only when you are in a country that may not have clean water. It’s important to remember that you need to stick to clean water even when you brush your teeth, and even when eating certain foods such as fruits and vegetables, which may have been grown with or washed in the contaminated water.

Another common travel illness can be contracted by contamination not with food or drink but with dirty objects. Tetanus is a bacteria, but it is not encountered through what you eat.

Luckily, there is a tetanus shot you can get, but it’s more common in developing countries that do not have sufficient access to immunization. Readers Digest explains, “Often dubbed ‘lockjaw,’ tetanus is bacteria found in dirt, dust, soil and fecal matter that travel up nerves leading to muscular stiffness. In many cases, it can be fatal, especially if contracted through an open wound, animal bite or burn. Those suffering from tetanus experience spasms on the neck, buttocks, back and chest with difficulty swallowing and a high fever. Newborns, individuals above the age of 60 and those who haven’t been immunized are particularly at risk.”

According to the CDC, “Tetanus is an infection caused by a bacterium called Clostridium tetani. Spores of tetanus bacteria are everywhere in the environment, including soil, dust, and manure. The spores develop into bacteria when they enter the body.” The CDC states that tetanus spores enter the body through broken skin, which usually occurs as a result of injuries by contaminated objects:

“Tetanus bacteria are more likely to infect certain breaks in the skin. These include:

● Wounds caused by an object puncturing the skin (puncture wounds), like a nail or needle

It can take from 3 to 21 days between when you are exposed to tetanus and when you become ill. Make sure to keep all wounds sanitized and clean in order to prevent tetanus. And if you are injured with something dirty or rusty, you should likely see a medical professional for a tetanus shot right away.

How to avoid getting sick while traveling

The best way to avoid travel sicknesses depends on the disease you are trying to avoid. However, best practices include washing your hands, practicing overall good hygiene, sticking to trusted foods from clean establishments, wearing sleeves and protective clothing when needed, and limiting contact with others, especially strangers.

You can avoid many mosquito-borne diseases by doing everything you can to avoid getting bit by a mosquito. Some tips to prevent mosquito bites include wearing long sleeves, using insect repellent with higher doses of active ingredients like DEET and picaridin, sleeping under mosquito netting, and staying away from foods that contain high levels of potassium, salt, and lactic acid, which can attract mosquitoes to you.

Some foods can repel mosquitoes when you consume them. According to the Times of India, “Much infamous for repelling mosquitoes, garlic and onions make you release a compound called allicin when consumed.” Other foods that can repel mosquitoes include apple cider vinegar, chili peppers, lemongrass, beans, lentils, and tomatoes. Eat plenty of these in countries with lots of mosquitoes!

The best way to avoid contracting diseases that spread between humans is to limit your contact with other humans, especially strangers. Keep a bit of distance between you and avoid crowds whenever possible.

When traveling, especially when using public transportation or being anywhere out in public, use disinfectant wipes on every surface you touch and keep your hands away from your face and mouth. If you’re going to fly to your destination, first read our article Safety Tips for Flying Abroad During the Pandemic.

Of course, always wash your hands thoroughly and regularly. Do not eat at restaurants that do not seem to have high sanitation standards.