Home | Blog | Prescribe a Video Game for Children with ADHD?

With Stress on the Rise, So is Acne >>

Prescribe a Video Game for Children with ADHD? 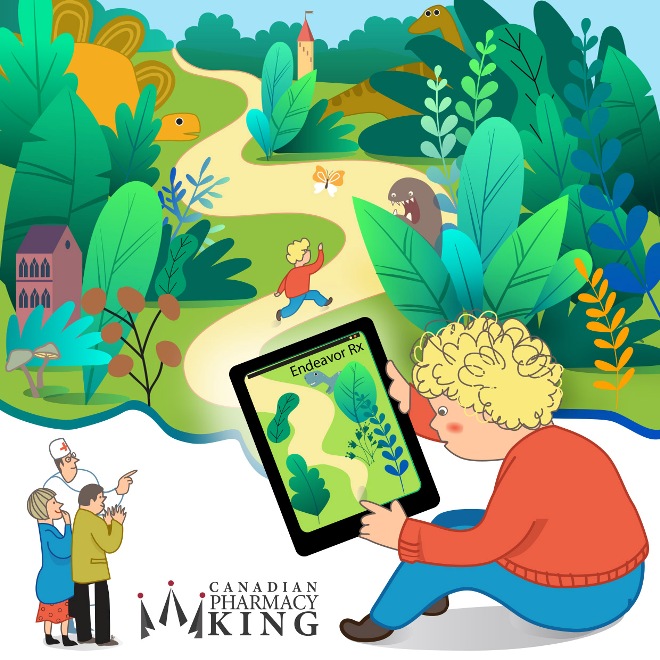 Most of us know a child with attention deficit hyperactivity disorder (ADHD), as about 3-7% of children have ADHD. And while medication has traditionally been useful in treating this, now, is it possible that video games could be a prescription for childhood ADHD? Read on to learn about ADHD in children and how a video game can now be prescribed to treat children with ADHD.

According to a survey of 184 adults, 42.9% of respondents know a child diagnosed with ADHD and 31.5% know more than one. This makes understanding ADHD in children critical for the vast majority of people. In this survey, 30.4% of respondents were parents to one or more children with ADHD.

Given the option, 15.8% of respondents would try medication to treat ADHD in children first, while 66.9% of people would choose therapy and education first, and 17.4% would choose an FDA-approved video game first.

Childhood attention deficit hyperactivity disorder (ADHD), previously more commonly known as attention deficit disorder (ADD), is also referred to as pediatric ADHD. Childhood ADHD is a disorder that is characterized by inattention and distractibility with or without hyperactivity. Specifically, children with ADHD have trouble focusing their attention on desired stimuli while inhibiting their attention to nonrelevant stimuli. Those with childhood ADHD also tend to focus on one thing to the exclusion of all others. So, in one case, children with ADHD can’t focus on anything, and in the other case, they can only focus on one thing.

In the Diagnostic and Statistical Manual of Mental Disorders, Fifth Edition (DSM-5), three types of pediatric ADHD are described. The following are the ADHD types and their diagnostic criteria:

1. Predominantly inattentive – This must include at least six of the following symptoms of inattention that must have persisted for at least six months to a degree that is maladaptive and inconsistent with developmental level:

• Often fails to give close attention to details or makes careless mistakes in schoolwork, work, or other activities

• Often has difficulty sustaining attention in tasks or play activities

• Often does not seem to listen to what is being said

• Often does not follow through on instructions and fails to finish schoolwork, chores, or duties in the workplace (not due to oppositional behavior or failure to understand instructions)

2. Predominantly hyperactive/impulsive – This must include at least six of the following symptoms of hyperactivity-impulsivity that must have persisted for at least six months to a degree that is maladaptive and inconsistent with developmental level:

• Fidgeting with or tapping hands or feet, squirming in seat

• Running about or climbing excessively in situations where this behavior is inappropriate (in adolescents, this may be limited to subjective feelings of restlessness)

• Blurting out answers to questions before the questions have been completed

• Interrupting or intruding on others (for adolescents, this may intrude into or take over what others are doing)

3. Combined – This is when enough symptoms of both of the above types have been present for at least six months.

Other diagnostic criteria include:

• Onset is no later than age 12 years

• Symptoms must be present in two or more situations, such as school, work, or home

• Disorder does not occur exclusively during the course of schizophrenia or other psychotic disorder and is not better accounted for by mood, anxiety, dissociative, personality disorder or substance intoxication or withdrawal

These symptoms tend to create issues in what is known as executive functioning. According to the Merriam-Webster dictionary, executive function includes the group of complex mental processes and cognitive abilities that control the skills required for goal-directed behavior.

According to Medscape, in the case of childhood ADHD, the six major tasks negatively impacted are:

1. Shifting from one mindset or strategy to another (also known as flexibility)

2. Organization (such as anticipating both needs and problems)

3. Planning (such as goal setting)

5. Separating affect from cognition (in other words detaching one's emotions from one's reason)

6. Inhibiting and regulating verbal and motoric action (such as jumping to conclusions too quickly, difficulty waiting in line in an appropriate fashion)

Standard Treatments for Children with ADHD

To no one’s surprise, video games have not traditionally been prescribed for childhood ADHD. Medication is the standard treatment for children with ADHD. Stimulant medications such as methylphenidate agents and amphetamine/mixed amphetamine salts agents are most common. Atomoxetine (Strattera) and guanfacine (Intuniv) are also options for childhood ADHD.

In spite of the beliefs held by the survey respondents, unfortunately, behavioral and psychotherapeutic treatments have not been shown effective in treating the core symptoms of childhood ADHD. That said, many children with ADHD also have oppositional behaviors, parent-child problems, and social/peer problems and behavioral and psychotherapeutic treatments may help with these additional concerns.

For the first time, the FDA has approved a video game for treatment of any condition – in this case, pediatric ADHD. This video game is for childhood ADHD of the inattentive or combined type. This game, EndeavorRx, is available by prescription only and is designed for children with ADHD ages 8-12. It’s designed to be used for 25 minutes, five days a week as a monthly treatment, to be used as long as a doctor sees fit.

According to Medical Daily,

“While playing the game, children will be given the task to control an avatar that they will then steer through a course that’s dotted with multiple obstacles, all while collecting targets to earn rewards.”

It is also important to note that EndeavorRx is not designed to be used as a standalone treatment or as a replacement for ADHD medication. This FDA-approved video game for childhood ADHD treatment should be used in a therapeutic program that may include therapy, medication and/or educational programs.