Is Your Job Putting Your Thyroid at Risk? >> 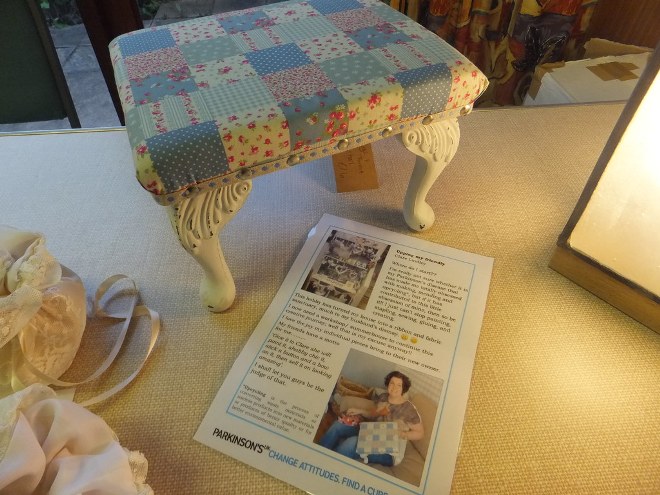 Parkinson’s disease is a progressive nervous system condition that’s caused by a loss in neurons in a location of the brain called the substantia nigra. It’s located about mid-brain, right above where the spinal cord connects. The substantia nigra has two halves, and sometimes, one side is more affected than another. It plays an important role in Parkinson’s symptoms because the substantia nigra is part of the circuitry called the basal ganglia. This is the location of the brain that produces and releases dopamine—a neurotransmitter with the key role of putting motion into action.

Worldwide, there are roughly 10 million people who suffer from this disease. With the world in a bit of chaos since the coronavirus pandemic hit, it may be difficult to know when certain signs are Parkinson’s and when it’s actually COVID-19. While most are diagnosed after their 50’s, many of the symptoms of this progressive disease appeared far earlier.

Because patients with Parkinson’s have a number of changes happening in their brain, there can be a number of symptoms to watch for. However, early warning signs can be more difficult to spot. Particularly because new research is suggesting the onset of Parkinson’s can begin a decade or more before official diagnosis. However, some warning signs to be mindful of include:

• Sudden Handwriting Changes – Because of the loss of neurons happening in Parkinson’s patients, some might find a change in the size of their handwriting that’s noticeable to both themselves and others. It can lead to larger than normal, or even small, cramped handwriting.

• Undetectable Tremors – Another early warning sign can be a slight twitch or shaking finger that affects the way they write. Often, the only person who notices this is the person it affects, at least at first.

• Reduced Sense of Smell – The reduced sense of smell can often happen several years before a Parkinson’s diagnosis. While note everyone with Parkinson’s will develop it, most people will have at least some loss.

• Mood Swings – A common issue with Parkinson’s patients is the potential for mood swings. Because the disease impacts dopamine production, it can impact both movement and mood. This is because dopamine is also a neurotransmitter that helps us feel good. Mood swings prior to a diagnosis could be a red light that something is going on in the brain’s substantia nigra, which should be looked into.

• REM Sleep Behavior Disorder – Thanks to all the brain changes happening, some patients may start to physically act out their dreams, which can range from a mild inconvenience, to a dangerous endeavor.

• Constipation – This is one of the more common early symptoms, appearing in roughly half of all people diagnosed with Parkinson’s. It often precedes the onset of any sort of movement impairment.

Researchers at La Jolla Institute for Immunology have found evidence linking Parkinson’s disease to a possible autoimmune attack a decade or more before a person receives a diagnosis. Their findings can be read in Nature Communications. However, they aren’t the only ones to suggest this. A 2017 study published in Nature, which involved some of the same researchers, was the first to suggest the immune system’s role in Parkinson’s. While more research needs to be done to find out if the reaction is specific to Parkinson’s, the evidence currently suggests the most damage to the neurons responsible for dopamine happens early on. Once those cells are lost, the condition may become irreversible.

While not entirely out of left field, new research being done also suggests Parkinson’s disease could start in the gut and work its way to the brain via the vagus nerve. Interestingly, people who have had to undergo a vagotomy (or removal of the main trunk or branch of the vagus nerve) have a reduced chance of developing Parkinson’s. While more research is needed to verify these findings, the basis for it stems back 200 years when James Parkinson first started noticing the correlation between constipation and “shaking palsy.”

It’s possible caffeine consumption may have protective qualities on the brain, and in turn, lower the likelihood of developing Parkinson’s disease. Increasing your caffeine intake isn’t necessarily recommended just yet, however. More studies are being conducted to understand its link and the therapeutic dose threshold. However, it’s safe to say enjoying caffeine in coffee or tea as you normally would, may be providing an additional therapeutic effect beyond its typical mental alertness boost.

Please consult your doctor for the right Parkinson’s treatment and medications. Do not take any medications without consulting with your doctor.

While there is no cure for Parkinson’s disease, treatments are available to help alleviate some of the symptoms to improve the overall quality of life. Treatments can include physiotherapy, medication, and even surgery.

Some of the popular Parkinson’s medications include:

• Carbidopa/Levodopa/Entacapone (brand name Stalevo) – is a combination medication used to treat symptoms of Parkinson’s disease such as shakiness, stiffness, difficulty moving. Levodopa changes into dopamine in the brain, helping control movement. Carbidopa and Entacapone prevent the breakdown of Levodopa in the bloodstream so more Levodopa can enter the brain.

• Rasagiline (brand name, Azilect) – is an MAOI (monoamine oxidase inhibitor) used to treat Parkinson’s. It works by increasing the dopamine levels in the brain and can be taken alone or in combination with levodopa.

• Cabergoline (brand name, Dostinex) – is a dopamine receptor agonist/prolactin inhibitor. While its primary job is to reduce prolactin in the body, this medication can be used in patients with Parkinson’s because it increases dopamine in the brain.

• Pramipexole (brand name, Mirapex) – is used to treat symptoms of Parkinson's disease such as stiffness, tremors, muscle spasms, and poor muscle control. It can improve your ability to move and decrease the number of episodes of not being able to move.

• Opicapone – Just this past April, the new approved Opicapone to help treat symptoms of Parkinson’s. It’s an add-on medication to levodopa and it works by inhibiting the COMT enzyme that breaks down levodopa in the blood. This, in turn, extends its effectiveness.

It may also be interesting to note that evidence is suggesting Zhichan powder, a traditional Chinese medicine, may also hold some therapeutic value to Parkinson’s patients. Believed to be related to its antioxidant properties, Zhichan powder has been found to help relieve symptoms of gait disturbances, tremors, speech problems, poor self-care, and even restricted movement.

As the Coronavirus pandemic is reshaping our planetary reality, there are some symptoms and warning signs of the disease that can be mistaken for Parkinson’s disease and vice versa.

As we mentioned earlier, one of the earliest symptoms of Parkinson’s is a lowered or complete loss of smell (anosmia). As it happens, it’s also the case with COVID-19. While Parkinson’s patients typically don’t completely lose their sense of smell, reports are finding coronavirus patients are more likely to develop anosmia, that complete loss, even if it is only temporary. If you notice a reduction or total loss of smell, particularly if it’s accompanied by any of the coronavirus symptoms, such as fever, dry cough, shortness of breath, fatigue or malaise, headaches, aching muscles, be sure to tell your doctor right away.

Parkinson’s patients are prone to anxiety, depression, along with feelings of loneliness and isolation. Self-isolation can make this worse, so connecting regularly with friends and family via technology is crucial. It may also be helpful and therapeutic to dance.

The good news is, the Michael J Fox Foundation, a Parkinson’s research foundation which was established by the actor, has been updating the Parkinson’s community on the impacts of COVID-19 on Parkinson’s patients via their Information and Resource Hub. There are webinars, live events, podcast episodes, and so much more, devoted to Parkinson’s patients staying healthy during the coronavirus pandemic.

Living with Parkinson’s is a life-altering diagnosis, but there are new developments and research ongoing that may crack open our knowledge of how the disease works. Some of which, have the potential to eliminate the disease before it even starts, if theories hold up. In the meantime, staying healthy in this coronavirus era – both mentally and physically – is key. Keep taking the medications prescribed to you by your doctor, eat well, get the rest you need, and be sure to stay connected to those you love.