Home | Blog | Why Your Child’s Weight Could Be a Big Deal?

Why Your Child’s Weight Could Be a Big Deal? 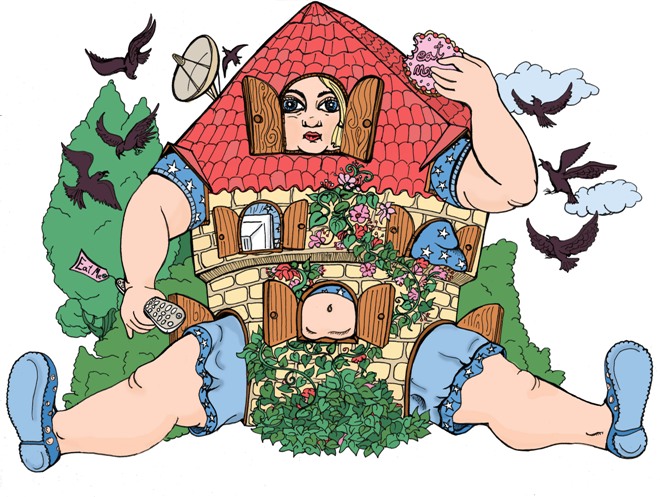 Childhood obesity is a growing concern, and as parent’s, it’s our job to do what we can to support and encourage our children to make healthy choices. However, even despite our best efforts, childhood obesity is still rising issue. By 2030, it will affect more than 250 million kids worldwide. According to the World Health Organization (WHO), obesity in children aged 0-5 inflated by more than 9 million kids, from 32 million in 1990, to 41 million in 2016. There are more than 28 million kids in India dealing with obesity, and in China, 1 in 5 kids is overweight. Without intervention and dealing with its causes, childhood obesity almost always transfers over to adolescent and adult obesity. The long-term health risks associated with obesity in childhood range from mild to severe—with some of the most concerning being premature onset of deadly illnesses, such as diabetes and cardiovascular disease.

There are a number of causes that lead to childhood obesity. In fact, it can start as early as in the womb. Typically, what it comes down to is a lack of information to living a healthy lifestyle (for both parents and kids). Let’s take a closer look at the top seven causes linked to childhood obesity.

1. In-utero – During pregnancy, when the mother develops gestational diabetes, it has been linked to an increased risk of obesity in the baby’s later life. This could be due to the predisposed food preferences they receive before they’re even able to eat on their own. In addition, a mother’s own health, diet, exercise, etc. can affect their risk.

2. Family Role Models – We all want to be like our parents. But when our family members don’t have the tools they need to life their healthiest life, this can filter down to the way children form their decisions as well. Research has shown that if a child’s parents are obese, the risk of them also being overweight also goes up.

3. Only Child Syndrome – Singletons (otherwise known as only children) are more at risk for becoming overweight than their peers. One study has theorized it’s partially due to the more chaotic nature of having more kids to coordinate, versus a single child. It’s easier to eat out or opt for the same old food options when there’s only one kid to think of.

4. Gut Bacteria – New studies are finding that the health of a person’s gut microbiome, regardless of age, has a lot to do with their risk of obesity. If their gut is in an unhealthy state, the gut bacteria and the way it interacts with the immune system, organs, and holds onto fat can all be disrupted.

5. Food Choices – Obviously, the types of food our children choose to eat will impact the way their body responds. If they eat more calorie dense, but less nutrient dense foods, your changes of having weight issues rise. This includes high-fat or high-sugar foods. All of this then circles back around to the gut microbiome and how it affects your child’s weight.

6. Sedentary Lifestyle – In this digital age, children are spending less time outdoors or playing and more time on electronic devices. From tv to their own phones, staying sedentary for any length of time isn’t a good idea.

7. Mental Health – Certain mental health issues that affect children can also impact their weight. This can stem from the body itself, or the medications they may be taking in order to manage their symptoms.

A couple of decades ago, most people thought the worst thing about being an overweight kid was the ridicule they’d receive at school. While it might not seem like a big deal at first blush, childhood obesity can mean some big health risks for them as they grow. Let’s dig in and have a look.

1. Poor Mental Health / Self-Esteem – Being teased by peers certainly has not gone away. And while more children are overweight, kids in general will always find something to pick on. This. In turn can lead to poor self-esteem and a spiral in overall mental health. Depression can be a big issue for kids who are overweight or obese. This can lead to a host of other issues, like eating disorders and substance abuse.

2. Cardiovascular Disease – Adults aren’t the only ones who can develop cardiovascular disease. Kids can also be affected, making it a lifelong challenge for them to overcome.

3. Diabetes – Type 2 diabetes is a chronic disease caused, in part, by inactivity and excess fat. It can be not only cumbersome, but life-threatening for some children and adults. Prevention is key because there is no cure.

5. Shortness of Breath – Excess weight, especially around the midsection, will push against vital organs. One of those is the lungs. This can make physical exertion difficult, which can exacerbate the problem of not getting enough exercise.

6. Restless Sleep – Too much weight, along with some of the above other health problem, can make it difficult to get a good night’s sleep. Sleep is essential for maintaining a balanced and harmonious body, especially for children. So, when not enough sleep is being maintained, it affects not only the way a child thinks and behaves, but also how the body holds onto fat. It can become a vicious cycle, making it difficult to get to a healthy weight.

7. Bone and Joint Problems – Obesity puts stress on your whole body, but the one place that feels it the most is your bones and joints. It might not seem as bad when bones and bodies are growing, but the added stress can make bones and joints deform or at the very least, set them up for a lifelong battle.

8. Premature Puberty – Children who are overweight will often find their bodies go through puberty earlier than their peers. This can be linked to excessive hormones like estrogen being in the body, but it can also cause fertility problems and menstrual irregularity as they age.

Parenting Tips That Can Help

The good news is, childhood obesity is largely preventable (just as it is for most of us). The biggest tip we can give you is to educate yourself as a parent so you can find healthy habits that can become a part of your family’s norm.

Some of the tips WHO recommends include:

1. Breastfeeding early (within an hour after birth) and exclusively for the first six months of life.

3. Continue to breastfeed up to 2 years of age or beyond, when possible.

How do know if your child is overweight or obese? Check out the Center for Disease Control and Prevention’s (CDC) clinical growth charts or WHO’s growth standards. The rule of thumb, however, is that if your child is in the 85th – 95th percentile for weight, they are considered overweight. If they’re 95th percentile or higher, they are considered to be in the obese category.

Should You Tell Your Kid If They're Overweight?

Despite all the advice on avoiding obesity, what about should you do if you’re a parent of an overweight or obese child? Do you tell your kids they’re overweight and that they need to get in shape? Research actually says telling your kids (and even being told as a parent) that they are overweight can mean bad news for their waistlines. Much of this is tied to the mental health and self-esteem issues that stem from the stigma of being overweight. Studies are showing that children who are told they’re overweight actually gain more weight over time, even if they weren’t really overweight to start with. So, what can you do?

Rather than putting added stress on their minds, it’s best to start with yourself and lead by example. Make healthy changes in your household, from the way you buy and eat food, to the way your family gets out and exercises. Find fun things to do together that will get you all up and moving. Set limits for tech usage, so everyone knows it shouldn’t be an unlimited free-for-all. The most important thing is not to make it about one person’s weight or trying to lose the weight. Instead, focus on living your best lives and finding joy in the way you eat and interact.

What Does the Future Hold?

There is a lot of research happening in the childhood obesity front, as well as a number of social media campaigns to gain more exposure to this public dilemma. Even former First Lady Michelle Obama and chef Rachael Ray have taken on the mantle for combatting childhood obesity. If you’d like to get in on the kid obesity activism, consider following some of the social media influencers out there who have taken up the cause. Check out fightkidsobesity on Instagram, Twitter, Facebook and more.

While obesity rates continue to rise, there have been signs for hope. The more parents and children learn about the risks that lead to childhood obesity and the more they implement strategies to combat it, the easier it becomes to take action. While we aren’t where we want to be yet, in terms of lowering the percentage of prevalence among kids (or adults), as long as we continue to strive to live happy, healthy lives and teach our children to do the same, there is reason to believe the future will be brighter.

Posted in Parenting Board