Home | Blog | Can Eating Too Much Sugar Cause Depression?

<< Arrival of Menopause? Your Mental Health Might Take a Hit

Can Eating Too Much Sugar Cause Depression? 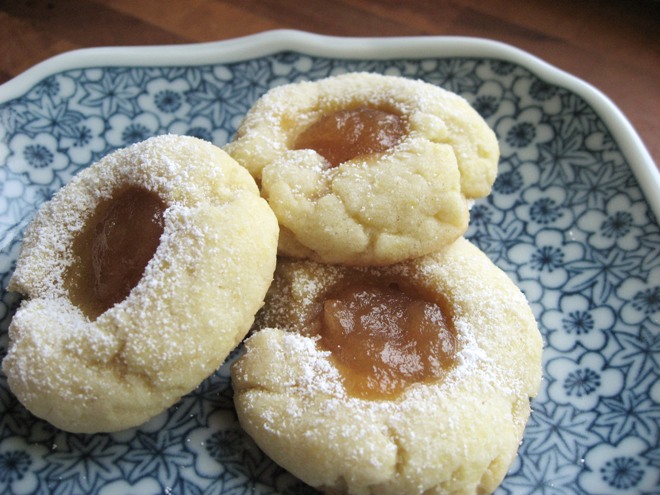 Major depression is predicted to become the leading cause of disability in high-income countries by 2030. At the same time, added sugar consumption in those countries continues to rise. But do these two facts have a relationship? Is sugar bad for more than just your waistline and teeth? Can sugar actually cause depression? What does science have to say about sugar causing depression?

The Link Between Sugar and Depression

The link between higher sugar consumption and higher levels of depression has been known for years. In fact, studies have repeatedly shown an increased risk of depression when a person consumes higher amounts of added sugars like those found in soft drinks, juices and pastries.

One might ask, though, if there’s a link between high sugar consumption and depression, could it be that having depression simply causes a person to want to eat more sugar? While those with a mood disorder like depression do tend to consume more sugar than the average person, it appears that this increased consumption was there before the depression, according to “Sugar Intake from Sweet Food and Beverages, Common Mental Disorder and Depression: Prospective Findings from the Whitehall II Study.”

It also worth noting that increased consumption of sugar can lead to obesity which is a risk factor for diabetes. Diabetics have a two-three times higher rate of depression than the average population.

Additionally, the World Mental Health Survey also found that an increase in sugar in the diet has also been linked to anxiety disorders, impulse control disorders, and substance use disorders.

What Is ‘Too Much’ Sugar?

What “too much” sugar is depends on your body type and lifestyle. The Food and Drug Administration (FDA) lists a dietary guideline indicating that no more than 10 percent of a person’s calories should be coming from added sugars in the diet. This 10 percent is a maximum and not a daily-recommended intake. Naturally-occurring sugars are not included within this 10 percent. So, the sugars found in fruit and dairy products, for example, are not included in that 10 percent whereas sugars from things like ice cream, syrups, honey and baked goods are. Of course, the number of calories burned per day varies per person so the amount of sugar that makes up 10 percent varies accordingly. A devoted daily runner, for example, could consume more sugar than someone who only exercises once a week, for example, and still be within his or her dietary limits.

For most of us, though, it doesn’t take much to consume too much sugar with today’s processed foods. For example, for an average adult who burns 2,000 calories a day, that’s 200 calories allotted to added sugar. Drinking only one 12-ounce can of cola has about 46 grams of sugar in it. This equals 184 calories of added sugar. That one can alone, then, equals 92 percent of one’s allotted sugar intake. It should be noted, that those with a smaller body or those with particularly sedate lifestyle may not even burn 2,000 calories a day.

According to the FDA, most Americans consume 13 percent of their calories from added sugars in the diet. Children, adolescents and young adults tend to have the highest levels of sugar in their diets. Added sugar in the United States diet tends to come from sugar-sweetened dinks, desserts and sweets like candies.

It’s worth noting that the guideline for the percentage of sugar in the diet may be 10 percent in the United States, but in other places such as the United Kingdom, the dietary recommendation is as low as five percent. This is less than one can of cola. Clearly, less sugar is considered to be better for your health.

The study, “Sugar Intake from Sweet Food and Beverages, Common Mental Disorder and Depression: Prospective Findings from the Whitehall II Study,” showed that:

• Men with the highest level of sugar consumption had a 23 percent increased risk of a common mental disorder (depression or another disorder) after five years. This could not be attributed to health behaviors, socio-economic factors, other diet-related factors, obesity or other diseases.

• Both sexes with the highest level of sugar consumption were at an increased risk of recurrent depression; however, this association may be related to other dietary factors as well.

• When compared with sugar-sweetened beverage non-drinkers, those who drank two cups a of cola a day had an increased risk of depression by 5 percent. It’s important to note that two cups of cola per day is actually within the dietary guidelines as set out by the FDA as it contains 46 grams of sugar – or 92% of an average allotment.

• When compared with non-drinkers, those who drank the equivalent of three cans of cola per day had an increased risk of depression of 25 per cent.

It’s important to note that the risk is likely increased further if other sources of added sugar are also in one’s diet.

Other studies show between a moderate to a significant increase in the risk of depression when sugar consumption is elevated.

There are several theories as to why sugar may cause depression in the long-term.

1. Sugar intake may decrease the growth factor brain derived neurotrophic factor (BDNF) which may decrease neurogenesis (the grown and development of brain tissue) and increase brain atrophy. Both of these are common in the brains of those who are depressed.

2. Increased sugar intake may increase inflammation in the body which may depress mood.

4. The addiction-like effects of sugar suggest that it affects dopamine (a “feel-good” chemical) in the brain and thus can impact depression.

5. Obesity, common in those who consume high levels of sugar, may also increase the risk of depression, not only through inflammation in the body but also through psychosocial factors such as discrimination.

6. Sugar alters the endorphin levels and increases oxidative stress and this increases the risk of depression.

None of these theories have been proven definitely and it’s likely that sugar causes depression through multiple pathways.

A Diet Lower in Sugar Has Reduced Depression Risk

• Moderate in its alcohol intake

• High in its cereal (such as bread) intake; typically these cereals are whole grain

• High in its intake of fruits, vegetables, legumes and nuts

• Low in its intake of meat and meat products

• Moderate in its intake of dairy and dairy products

• High in its fish intake

If you’re looking to decrease to risk of depression, it worth trying this type of healthy, balanced diet.

Other Tips for Cutting Down Sugar in the Diet

There are specific tips that can help you reduce the sugar in your diet and thus reduce the risk for depression and other adverse health effects. These include:

• Choosing mashed bananas or lower-fat cream cheese over jam, honey or chocolate spread on your toast

No one can be expected to radically change one’s diet all at once, but these tips provide a starting point in reducing the sugar in your diet. This could not only decrease your risk of depression or another mental illness but can increase your health and quality of life overall.

National Health Service (NHS), “How Does Sugar in Our Diet Affect Our Health.” Aug. 2017.

Villines, Z., “Can You Get Diabetes from Eating Too Much Sugar.” Medical News Today, April 2019.