<< A Simple Guide to Dostinex (Cabergoline) for Hyperprolactinemia 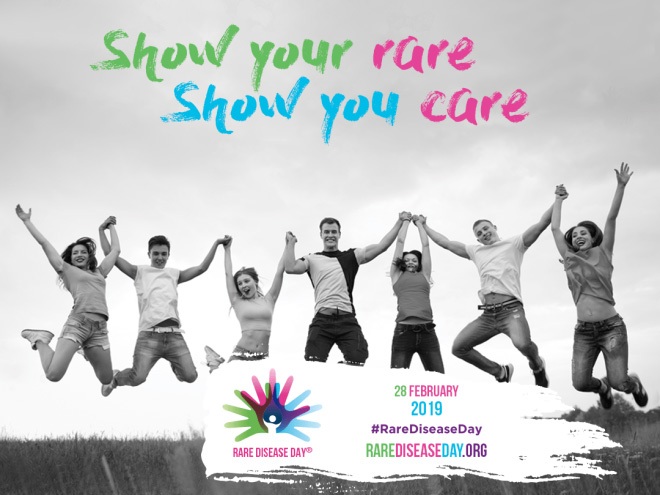 One in twenty people live with a rare disease at some point in their lives. While this number might seem relatively high, the truth is, for many rare diseases, there is no cure. Each disease can impact a patient’s life—from a mild annoyance, all the way to being a death sentence. While many of them are treatable in some form, the key is knowing they exist so they can be diagnosed properly. The rarer a disease is, the harder it is to pinpoint what it actually is. This is especially true for diseases that can mask themselves as other diseases without the proper laboratory to look over the results.

What Makes a Disease Rare?

New diseases are discovered all the time. However, there are approximately 30,000 known diseases at present time. Of those, more than 7,000 are considered to be rare. A general consensus, which started in Europe, concludes a disease is rare if it affects only one person out of every 2,000. However, diseases can also be considered rare in one region, but common in another, depending on its genetic origin and population density afflicted with the disease. So for example, if the total number of people worldwide concluded a disease was rare, but in Canada, the ratio was more than 1/2000, then it would be a common disease for residents in the region.

Nearly all genetic diseases are considered to be rare, but not all rare diseases are genetic. Most rare diseases happen to be chronic, progressive, and often serious. Interestingly, more than 50% of rare diseases don’t present until adulthood. And some of them can be fatal without swift diagnosis and treatment.

Treatment for these rare diseases can be difficult and coming up with orphan drugs (medicines made specifically for a rare medical condition) can be expensive to make and even more expensive to purchase. However, that doesn’t stop orphan drugs from dominating their markets. There are a number of bestselling orphan drugs in the United States, and below are the most popular that we sell here at Canadian Pharmacy King. 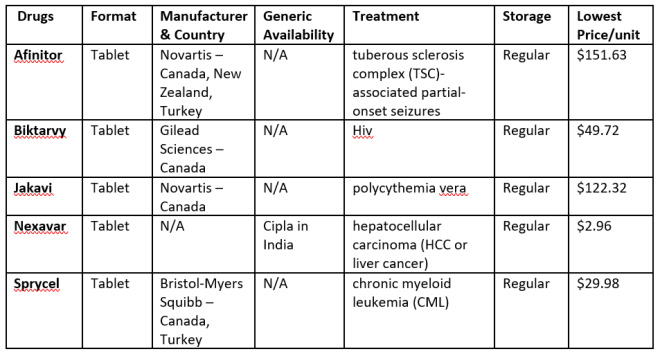 We commonly dispense Enbrel and Repatha, but because it is a refrigerated item, patients usually pick it up from the pharmacy in-person. The rest of these ophan drugs can be sold online, since most of them do not require special storage.

As we discussed, there are literally thousands of rare or little-known diseases. Here are five we believe you should watch out for in 2019.

1. Chagas – While not a rare disease, Chagas is a lesser known one that is more prevalent in the US than the Zika virus, according to a recent National Geographic article. The CDC estimates some 300K people in the United States alone live with Chagas, a disease caused by a parasite carried by the triatomine bug called trypanosoma cruzi. The bug has earned a nickname of the “kissing bug” because it often bites a person’s face. An infected bug leaves behind waste that will infect the human host by spreading into their eyes, nose, mouth, or even an open wound. It can also spread through contaminated food, blood transfusions, donated organs, or through pregnancy from mother to child.

People who are infected with Chagas will see symptoms of fever, flu-like symptoms, a rash, and swollen eyelids. While these symptoms could go away after a few weeks or months, if Chagas is not treated in its earliest phase, it can come out of remission years later. When that happens, it’s usually in patients who have an already compromised immune system and 20-30% will go on to develop serious problems that affect their heart, intestines, and esophagus.

2. Lichen Planus – This rare, non-contagious inflammatory auto-immune disease typically affects the skin and oral cavity (gums, cheeks, tongue, and palate). However, it can also affect the nails, scalp, esophagus, and anogenital area. It can cause irritation and swelling to the affected areas. Across the skin, lichen planus develops a purplish red patch of itchy bumps. In the mouth (and sometimes vagina and other mucous membrane-covered areas), it can form a lacy white pattern or even sores that cause a burning, painful sensation when talking or eating. Patients with mild Lichen Planus can typically treat their symptoms at home, without medical care.

Although it’s not yet clear why, Lichen Planus triggers the patient’s immune system to attack the affected skin cells or mucous membranes. It’s thought that it may be initiated by: hepatitis C infection, a flu vaccine, certain pigments, chemicals, or metals, pain relievers such as ibuprofen and naproxen, or medications for heart disease, high blood pressure, or arthritis.

Middle-aged women are most often diagnosed with Lichen Planus, but anyone can develop it. Certain variations of Lichen Planus can cause sexual dysfunction and long-term sexual complications, if left untreated. Patients with oral Lichen Planus need to be careful, as they are at a higher risk for developing oral cancer, or even blindness or hearing loss if the disease spreads.

3. SSADH (Succinic Semialdehyde Dehydrogenase Deficiency) – Neurological and neuromuscular problems come with this rare disease. SSADH is so rare, in fact, only 400 people have been diagnosed worldwide. Its cause tied to mutations in the ALDH5A1 gene, which is involved in the breakdown of a neurotransmitter chemical, gamma-amino butyric acid (GABA). GABA’s primary function is to keep a brain from being overloaded with too many signals all at once. When the mutation causes GABA quantities to rise, it can lead to severe memory issues, intellectual disability, developmental delays (particularly in speech), hypotonia, ataxia, and even seizures. Because of the limited information on this disease, little is known about its long-term effects and prognosis for people who have it.

In order to keep the symptoms of SSADH at bay, treatment is typically symptomatic. This means treatment will depend on how the disease presents for each person.

Medications to treat SSADH: Antiepileptic medications are given for seizure related symptoms. For anxiety, aggression, inattention, and hallucinations, patients are usually prescribed one or more of the following: methylphenidate, thioridazine, Risperdal, fluoxetine, and benzodiazepines

4. Melioidosis – More common in tropical or subtropical regions, Melioidosis is an infectious bacterial disease caused by the bacteria burkholderia pseudomallei. The bacteria is most commonly found in soil and water in Southeastern Asia, Africa, and Australia. According to a microbiologist at Thailand’s Mahidol University, Melioidosis is a great mimicker of other diseases, which makes an accurate diagnosis more difficult. It can mimic the signs and symptoms of tuberculosis or even common forms of pneumonia. These include pain or swelling, fever, abscess, cough, headache, trouble breathing, and more.

The death rate for people with this disease can be relatively high—at up to 70%, because it is so hard to diagnose. Without swift treatment, individuals who contract Melioidosis can be dead within 48 hours.

5. Vibriosis – Foodborne illnesses are on the rise, and with them is Vibriosis. This disease is caused by a bacterium known as Vibrio, which is present in warmer water temperatures. There are approximately a dozen vibrio bacteria species that can cause vibriosis. Most people are infected when they eat raw or undercooked shellfish, and in particular, oysters. No, this isn’t the start of a Santa Clarita Diet episode, but we may have put our finger on its inspiration. People can also contract vibriosis if they have an open wound exposed to salt water or brackish water (a mixture of fresh and salt water). Those with this disease will typically experience abdominal cramping, nausea, vomiting, fever, and chills.

Those with compromised immune systems, and in particular, chronic liver disease, are more likely to contract vibriosis. 80% of all cases are diagnosed during the warmer months of the year, May-October.

Since 2008, the last day of February has become known as “Rare Disease Day.” The idea behind the event has been to bring awareness to rare and little-known diseases so better decisions can be made—both by the public and by those funding research. What started as a European event has spread worldwide and you and look up events in your area, or even register your own even straight from rarediseaseday.org. Living with a rare disease can be a challenge and knowing others out there are living with the same, or a similar issue can bring some solace.

Having a rare disease can affect the course of any person’s life. Knowing how to diagnose it and treat it is key. That’s why it’s so important to educate the public about rare diseases and how they affect the people who have them. Do you know someone with one of the rare diseases listed above? Head over to Twitter or Facebook and tell us how they’re affected. Let’s start a discussion and help spread the word about these rare and little-known diseases.