<< What Is Anorexia Nervosa, the Most Lethal Mental Illness? 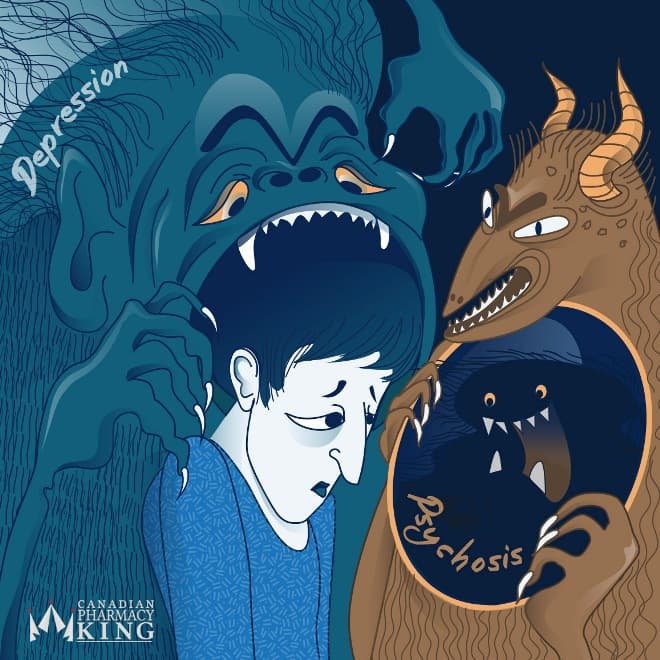 What Are Antidepressants and Antipsychotics – The Differences

Similarly, antipsychotics are medications that are primarily used to treat psychosis: the presence of hallucinations (experiencing things that aren’t real) and/or delusions (strongly-held false beliefs). Antipsychotics were once known as major tranquilizers and are also sometimes known as neuroleptics.

In other words, while these medications are very different, they can actually be useful in the same disorders for some people.

In addition to schizophrenia and major depressive disorder, some antidepressants are also prescribed for:

• Pain such as in fibromyalgia

It’s important to note that some of the above uses are not approved by the Food and Drug Administration (FDA) but may still be used in that way if judged useful by the prescribing physician.

In addition to schizophrenia and major depressive disorder, some antipsychotics are also prescribed for:

• Nausea or vomiting as associated with chemotherapy

As with antidepressants, not all uses are FDA approved.

How Antidepressants and Antipsychotics Work

There is some overlap between the uses for antipsychotics and antidepressants, but the way the two medications work are quite different.

• Monoamine oxidase inhibitors (MAOIs) – This is also an older class of antidepressant. As with TCAs, MAOIs may be effective for some but are less-commonly prescribed due to their side effects and also the likelihood that a special diet will need to be followed while taking the medication. Examples of MAOIs include:

• Selective serotonin reuptake inhibitors (SSRIs) – This type of antidepressant is one of the most-prescribed due to its effectiveness relative to its side effects. Commonly prescribed SSRIs include:

• Serotonin norepinephrine reuptake inhibitors (SNRIs) – This type of antidepressant has shown usefulness but some find withdrawal from it difficult. Available SNRIs include: 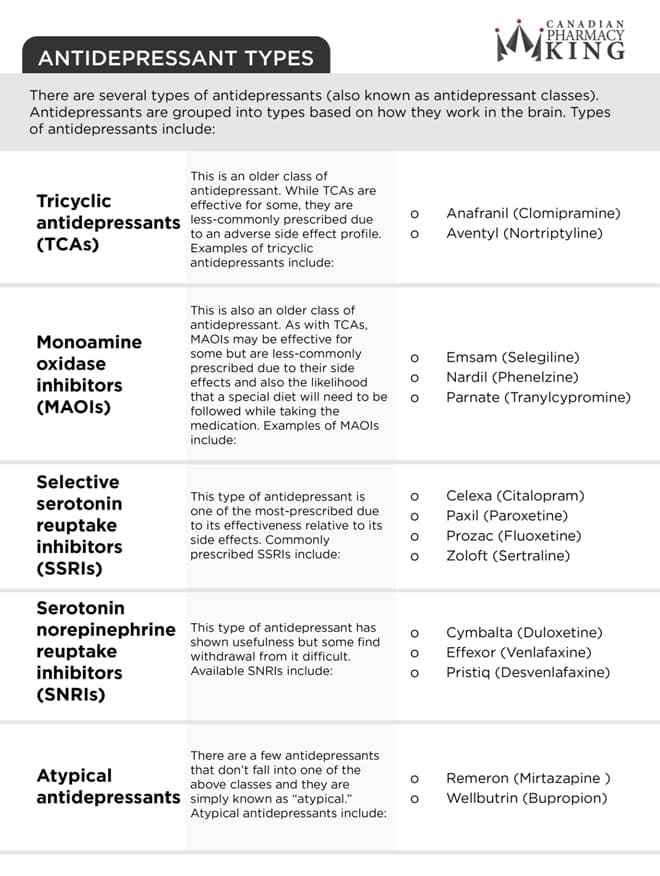 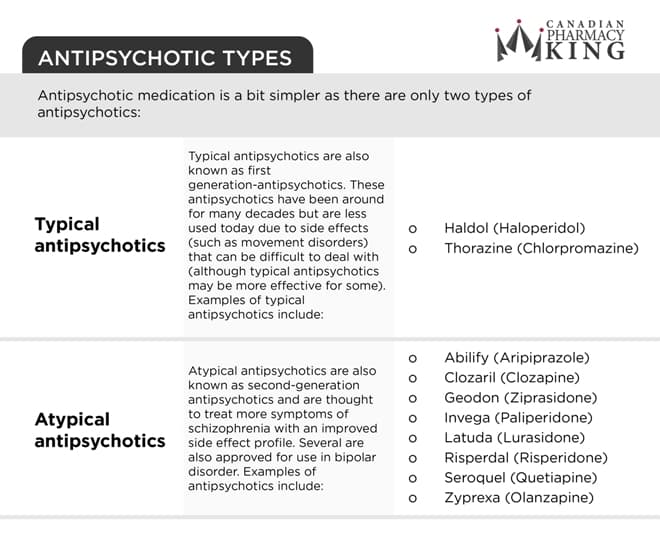 Side Effects of Antidepressants vs Antipsychotics

If a side effect concerns you, make sure you talk to your doctor about it as soon as possible.

Side effects common to both antidepressants and antipsychotics include:

• Changes in appetite (more in antipsychotics)

It’s important to note that in rare cases, those on antidepressants can experiencing a worsening of depression or anxiety symptoms and they may experience suicidality. If this happens, contact your doctor immediately as that is likely not the right medication for you.

Additionally, experiencing new or worsening irritability, acting on dangerous impulses, experiencing an extreme increase of activity or talking or acting aggressively, being angry or violent should also be reported to your doctor immediately as they can be signs of mania. Other side effects that can indicate a dangerous situation include hallucinations, high fever and high blood pressure. These may indicate a rare side effect known as serotonin syndrome.

Taking an Antidepressant or Antipsychotic Safely

It’s critical to follow your doctor’s instructions when taking an antidepressant, antipsychotic or any other medication. For example, it’s typical to start at a lower dose and the work up to a higher dose over time. If your doctor has set up a schedule like that with you, make sure you follow it exactly. That schedule is there so you don’t face an unnecessary side effects. You may also have to take your medication at a specific time of day or with food – sometimes these instructions are for your comfort (for example, to avoid stomach upset) and other times are critical in making the medication work as intended. Make sure you follow these instructions so the medication has the best chance to work for you. If you don’t know why you have to take your medication(s) in a certain way, be sure to ask your doctor.

When you are taking medications, make sure you keep up on any lab tests ordered by your doctor and keep track of anything that may be of concern such as your weight or blood pressure. If something like your lipid levels or weight starts to creep in the wrong way, talk to your doctor immediately. It’s much easier to deal with these issues early on and not waiting until an emergency occurs.

On the other hand, if taking the medication the way it has been prescribed is causing too many side effects that you can’t withstand, be sure to talk to your doctor about it as soon as possible. Fixing the problem can be as simple as changing the medication dose, schedule or other variables but you should only ever do that upon the advice of your doctor. Do not ever suddenly stop taking your medication unless told to do so by your doctor. When it comes to antipsychotics and antidepressants, antidepressants often have more withdrawal effects, but this varies person to person.

Remember, while antidepressants and antipsychotics are relatively safe medications, it is taking them as directed that keeps you safe.