Home | Blog | What Is Anorexia Nervosa, the Most Lethal Mental Illness?

Antidepressants vs. Antipsychotics – What’s the Difference? >>

What Is Anorexia Nervosa, the Most Lethal Mental Illness? 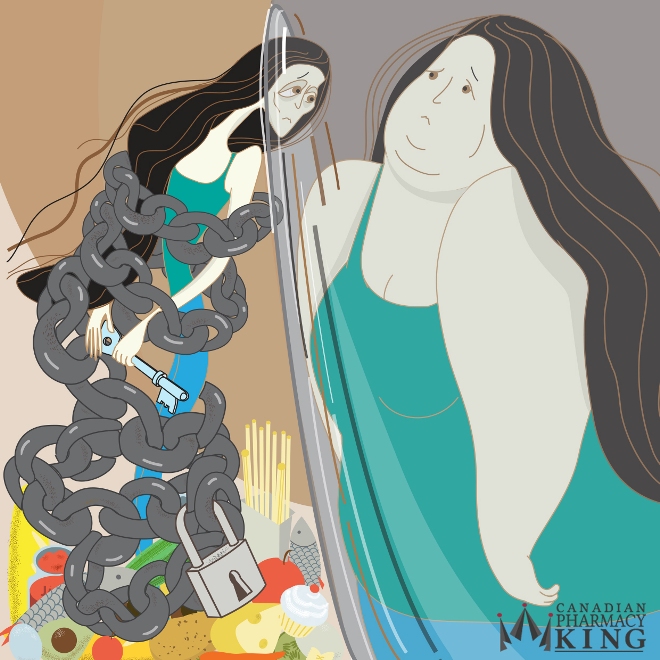 What Is Anorexia Nervosa?

According to Medscape, anorexia nervosa is:

“. . . a potentially life-threatening eating disorder characterized by the inability to maintain a minimally normal weight, a devastating fear of weight gain, relentless dietary habits that prevent weight gain, and a disturbance in the way in which body weight and shape are perceived.”

1. Restriction of energy [food, calorie] intake relative to requirements leading to a significantly low body weight in the context of age, sex, developmental trajectory, and physical health. Significantly low weight is defined as a weight that is less than minimally normal or, for children and adolescents, less than that minimally expected.

2. Intense fear of gaining weight or becoming fat, or persistent behavior that interferes with weight gain, even though at a significantly low weight.

In other words, those with anorexia nervosa restrict their eating, are terrified of gaining weight or becoming overweight and they don’t comprehend the real way their body looks or the impact of their significantly low weight. This is an extremely dangerous combination of symptoms.

Anorexia nervosa is different from other feeding and eating disorders as it solely involves calorie restriction. For example, bulimia nervosa involves both the bingeing (an unhealthy intake of too many calories) and restricting of calories.

Who Gets Anorexia Nervosa?

It is much more common in women, thought to be present in 0.3-1.0 percent of all women in the United States with some studies finding it to be as high as 4 percent of women across a lifetime. It is estimated that 0.1-0.3 percent of men suffer from anorexia nervosa.

As noted, anorexia nervosa can occur at any age, but it is estimated that 85 percent of people experience an onset of the illness between the ages of 13-18. People who are younger than 11 or who are older when anorexia nervosa develops have a worse prognosis.

No one factor causes anorexia nervosa. Rather, the illness is caused by a complex combination of biological, psychological and social factors. The following are risk factors for developing anorexia nervosa, although it’s important to understand that one can have one or more of these risk factors and still not develop the disorder:

Using studies that involve twins and triplets, it has been estimated that the genetic component of anorexia nervosa is between 50-80 percent. This is similar to bipolar disorder and schizophrenia.

What Makes Anorexia Nervosa So Lethal?

It’s a combination of things that makes anorexia nervosa so lethal.

• Cardiomyopathy (a disease of the heart muscle)

A major cause of death for those with anorexia nervosa is suicide. In fact, death by suicide is more common than death by the complications of starvation. It is estimated that about 31 percent of those with anorexia nervosa suffer from suicidal ideation and more than eight percent actually attempt suicide. The risk of suicide in this group is 10 times higher than in the general population.

Indicators of a higher risk of suicide attempts include:

Treating anorexia nervosa can be difficult due to the symptoms of the illness wherein a person often doesn’t understand the severity and impact of his or her own condition. That said, anorexia nervosa treatment happens every day and it does work.

People with anorexia nervosa are typically treated in the hospital if they have severe medical complications and/or require refeeding, in a psychiatric facility if severely ill yet are medically stable or on an outpatient basis. Typically, a team of people help treat a person with anorexia nervosa. This team includes a psychiatrist to monitor medication, a psychologist for psychotherapy, a nutritionist to help with diet, and other specialists as needed. Individual team makeups vary and jobs of each specialty often overlap.

Psychological therapy treatment is typically the norm. Many therapies have been shown to be useful in treating anorexia nervosa. These include:

It’s clear that due to the multitude of psychotherapies that have been shown to work in anorexia nervosa treatment, there is a very good chance there is a therapy or therapies that will suit any individual.

Drugs are typically used to treat the complications of anorexia nervosa and/or an individual’s comorbid disorders. Additionally, supplements like vitamin D and calcium are typically used to treat and prevent further bone loss. It’s worth noting that medication without therapy, is not nearly as effective for most people. It’s also important to know that treating anorexia nervosa with drugs is typically not indicated until the person has been stabilized with weight restoration.

Antidepressants like the selective serotonin reuptake inhibitor (SSRI) fluoxetine (Prozac) are often useful when the person with anorexia nervosa is also suffering from mood symptoms stemming from depression. Antidepressants may also help stabilize recovery once people have obtained 85 percent or more of their expected weight.

The SSRI antidepressant type is generally preferred over other types of antidepressants but serotonin norepinephrine reuptake inhibitors (SNRIs) may also be useful, particularly if there are concurrent obsessive-compulsive issues.

In the case of atypical antipsychotics, low-dose

olanzapine (Zyprexa) may be useful during anorexia nervosa inpatient treatment, especially in the context of anxiety, obsessive eating-related thought patterns and treatment resistance due to failure to engage with treatment.

Unfortunately, only about half of all people with anorexia nervosa experience a full recovery. It’s also a fact that many people need multiple attempts at treatment to obtain recovery. However, while some never officially “recover”, with consistent treatment, they go on to live happy and healthy lives, living successfully with the challenge of an eating disorder.