Home | Blog | The Facts and Fiction Behind Male Pattern Baldness

The Facts and Fiction Behind Male Pattern Baldness 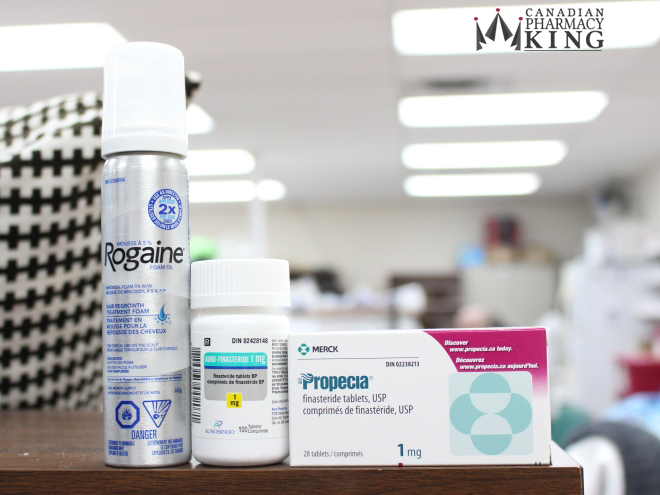 Male pattern balding is a common condition leaving men all over the world on the hunt for a cure for. Did you know over 50% of all men over the age of fifty will experience hair loss to some degree? There happens to be plenty of misinformation out there about hair loss for men, and we wanted to get to the bottom of some of the most persistent myths—as well as discuss some of the facts all men should know about thinning hair. Let’s take a closer look.

Male pattern baldness can begin as early as the teenage years, but most often impacts men as they reach adulthood. Overall, research has found most balding is due to the reduction of androgens in a man’s body. Androgens are the male sex hormones that control development of a man’s sex organs, as well as maintain other functions—including the regulation of hair growth.

If you have a family history of baldness, the likelihood you will succumb to this problematic inheritance is pretty high. However, it’s important to note this rule is for any family member on either side of your family tree, as research has found genetics doesn’t discriminate for hair loss.

FACT: There are some serious causes for baldness.

While male pattern baldness that has been inherited plays little to no risk on the overall health of the man, there are some causes which might. Sometimes baldness can be a symptom of cancer, side effect of medications, caused by a thyroid condition, or even due to anabolic steroids.

To know whether your balding is genetic or due to a more nefarious cause, your doctor will have to run a few tests. If a medical history exam doesn’t turn up signs pointing to male pattern balding, a skin biopsy and blood tests might be ordered to get to the root of the problem.

There are a plethora of myth circulating the internet and in social circles when it comes to a receding hair line. We’ve curated a list of the 13 most believed myths about hair loss for men. Are you ready to get your facts straight?

MYTH: Balding comes from maternal side.

As discussed earlier, genetics certainly does play its role in whether or not your hairline will recede, or your thick locks will thin. However, the genetics for this one does not solely come from your maternal code. Instead, anyone in your family tree can pass on this trait.

MYTH: Wearing a hat will cause hair loss.

Research has found wearing a baseball hat, fedora or bowler has no impact whatsoever on whether or not your hair will lose its luster and fall out. However, you can cause repetitive pulling out of your hair if you wear a hat that’s too tight. And guys, remember to wash those hats once in a while, too. You can cause plenty of scalp irritation if you continually wear it without washing. But balding because of your favorite cap? That’s a no-go.

Unless you’re putting some seriously scary stuff on your head (we’re talking the kinds of things that are not hair care products), there is zero chance of causing hair loss from styling your hair the way you want it. Go right ahead and use that putty, paste, or spray to jazz up your do.

MYTH: Direct sunlight on the scalp can cause hair loss.

While it may seem like it makes sense, getting sun on your scalp does not cause hair follicle damage. Sustained sun exposure might give you a good case of sunburn on the top of your head (and elsewhere), but it will not cause balding. No, not even a little bit.

While cold water might increase blood circulation to your scalp, it won’t do a thing to prevent your genes from expressing themselves in whatever way they see fit. Changing the temperature of your shower from hot to cold won’t do a thing in regard to helping or hindering hair loss.

Hair loss takes place deep in the roots of your scalp. So, sorry guys. Cutting your hair often will not make any difference on how your male pattern balding expresses itself. It will, however, give you a different overall style—and perhaps make your balding a little less noticeable.

MYTH: Washing your hair too much causes baldness.

Again, your hair follicle sensitivity has to do with your genetics. Washing (and even drying) your hair frequently will not cause your hair to fall out, since hair loss technically begins under the scalp anyway. If you notice hair loss in the shower or as you dry your hair, it’s likely because those hairs were already falling out before you lathered up. Fun fact: we normally lose anywhere between 50-100 strands of hair a day.

MYTH: Brushing your hair at the scalp will prevent hair loss.

Alas, this is also a myth. While it seems to make sense, due to the fact that men are the ones who are most affected by hair loss. But the true culprit has to do with androgens, as we discussed before, and a sensitivity to the hair follicles. Men with less sensitive follicles are less likely to lose their hair.

MYTH: Stress will make your hair fall out.

This one is mostly a myth, but under extreme duress, it could be a consideration. However, ordinary stresses are not typically a culprit for a receding hairline. A traumatic car accident, the death of someone close, and even a difficult birth for women have been known to cause hair loss—although it’s typically temporary.

MYTH: The most sexually active men lose their hair first.

This one is usually tied in with the testosterone myth. However, there is zero correlation between sex and hair loss. It’s all about how sensitive those hair follicles are, remember? So, time to set this myth aside, even if it was helping with your street cred.

MYTH: You can prevent hair loss.

Hair loss for men typically starts when dihydrotestosterone (DHT), which is an androgen, triggers the hair follicles to grow for a shorter period of time. This in turn makes the hair weak and thin. Because this is an expression of genetics, there’s no way to prevent it from happening. However, there are some pretty good treatments out there for when it’s already begun. Let’s move on to the next section and see what they are.

Facts on Treatments and Techniques to Help

Alright, we’ve discussed the facts on how male balding is triggered, as well as a number of myths we can set aside. Now it’s time to look at the facts on treating the condition once it’s set in. As of right now, there are only two approved medications on the market for the treatment of male pattern balding: Propecia and Rogaine. Other techniques to address a receding hairline include a different hairstyle, wigs and hairpieces, hair weaves and hair transplants. Those all vary in their effectiveness and depend widely on the man. So let’s focus on the two medications known to provide some help in this arena.

Propecia is an oral medication that’s known to slow hair loss for some men who take it. It blocks an enzyme that would change into DHT and start the process of miniaturization, which weakens hair follicles. It does need to be taken daily but has shown to be more effective than Rogaine in terms of results. However, it needs to be in your system for a minimum of three months before it takes any effect and if you discontinue its use, most men report hair loss returning quickly. This medication has been known to bring a number of side effects however, including depression, breast tenderness/growth, painful ejaculation, and even erectile dysfunction in some men. Canadian Pharmacy King carries the brand Propecia from Canada and New Zealand manufactured by Merck. The generic Finasteride comes from India also called Finpecia by Cipla and from Canada also called Auro-Finasteride manufactured by Aurobindo. Propecia is available in the strength of 1 mg tablets.

Rogaine is a topical medication that comes in the form of a foam or lotion. In order for it to be effective, it needs to be applied twice a day, every single day. Most men who report seeing visible results (about 30%-50%) see them between four months to a year after beginning treatment. Unlike Propecia, Rogaine carries very few side effects. However, just like it, if you stop taking Rogaine, any effects will be negated once you stop. Canadian Pharmacy King carries the brand Rogaine solution and foam from Canada manufactured by Johnson & Johnson. The generic Minoxidil solution comes from India also called Tugain manufactured by Cipla. Rogaine is available in the strength of 2%/60 ml and 5%/60 ml solution and 5%/60 gm foam.

As a closing thought, there is an exciting new development happening on the treatment front for male pattern balding that I would be remiss if I didn’t bring it up. A drug originally designed to treat osteoporosis might just be a new breakthrough medication for balding.

Cyclosporine A has been around since the 1980’s but has recently shown some interesting side effects that could lead to a new topical medication for male pattern baldness, like Rogaine. Everything is currently being tested to see how the compound can be reworked as a topical, so stay tuned.

If you are dealing with a receding hairline or thinning hair, it’s important to know what works and what doesn’t. Hopefully our list of facts and the myths you might have believed before you read this will arm you with the information you need to make better decisions regarding your hair loss. There are two great medications on the market with a proven track record. Visit our product page to find helpful customer reviews and review ratings for Propecia which requires a valid prescription. We’re here to help you get your hair back to its previous luster by using Rogaine available over-the-counter.