Home | Blog | 19 Most Prescribed Pediatric Medications and What They Do

<< Is Coffee Killing Your Chance of Being GERD-Free?

Facts about Triptans in Migraine Management >>

19 Most Prescribed Pediatric Medications and What They Do 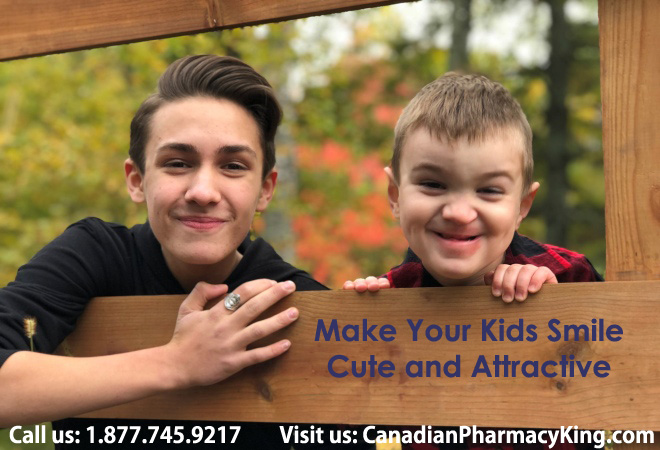 Drugs used in pediatric care can have a long delay from the time the medication is originally approved—to the time trials are completed for use with children. An audit done by Boston’s Children’s Hospital found only one-third of mandatory trials on children’s efficacy and usage were completed in a seven-year timespan after a new drug hits the market. This can often leave a gaping hole in treatment areas—or worse yet, leave a doctor or pharmacist left to guess at whether or not it can safely treat kids.

If you have children in your house, whether really young or already teens, you’re probably aware there are plenty of conditions that can pop up. Many of which will send you to the drug store to chase down pediatric medications. According to a comprehensive study that analyzed medicines for kids prescribed between 2002-2010, medicines to treat bacterial infections (antibiotics), as well as drugs to treat attention deficit hyperactivity disorder (ADHD) topped the list. Neither of those categories are likely to be surprises to parents. Of these top 19 drugs prescribed to children, there are actually only 8 categories they fall into.

Let’s take a look at the 19 drugs used in pediatrics and the conditions they treat:

Attention deficit hyperactivity disorder (ADHD) is considered by many to be the most common childhood mental health disorder. According to Psychology Today, some estimates even claim 5-11% of children are afflicted by this disorder. The good news is, both behavioral treatments and medications can be effective. The most commonly used ADHD in the United States are Ritalin and Adderall, but pediatricians may prescribe others as well, such as:

• Intuniv (guanfacine hydrochloride) is a new medication on the market used to treat ADHD in kids aged 6 to 17. Unlike Ritalin and Adderall, Intuniv isn’t a stimulant, though it can be used in combination with one in order to manage symptoms of hyperactivity, impulsiveness, and trouble concentrating.

Food and seasonal allergies can be a problem for some kids. Gluten sensitivity and peanut allergies are on the rise and they can certainly complicate things on a daily basis. For these types of allergies, a rescue medication, such as an EpiPen, may sometimes be prescribed—though difficult during these times of shortage to get your hands on. Seasonal allergies can also be a downer for kids. Beyond a typical allergy medication such as Children’s Benadryl, Claritin, Flonase, or Zyrtec (all of which can be picked up over the counter), your pediatrician may also prescribe:

• Nasonex (mometasone) is a steroidal nasal spray used to get your child’s seasonal (or year-round) congestion, sneezing, and runny nose under control. It is approved for kids over 2 and can also be used as a preventative medicine for seasonal allergy symptoms in children over 12.

Shortness of breath, wheezing, and coughing after exposure to environmental allergens & toxins, cold air, exercise, and even viruses can signify the basic symptoms of asthma in kids. According to the CDC, it’s a hard-hitting chronic disease that affects 8.3% of kids in the United States. Interestingly, 70-80% of kids who have asthma, also have seasonal allergies. Here’s a list of the most commonly prescribed asthma medications for kids:

• Albuterol (salbutamol) is a bronchodilator used to relax the airways to increase airflow to the lungs. It is approved for children over the age of 4.

• Singulair (montelukast) is used to prevent asthma attacks in children as young as 12 months old. It can also be used to treat symptoms of seasonal allergies in children over the age of 2.

• Flovent (fluticasone) is a steroid inhaler used to prevent asthma attacks in children over 4 years old. This medication is not a rescue inhaler and should be used in combination with one.

• Dulera (formoterol/mometasone) is a combination inhaler containing two drugs: formoterol and mometasone. This combination makes it a bronchodilator and corticosteroid and it’s used as a preventative maintenance inhaler for children over the age of 12. Just like with Fluticasone, it is also not a rescue inhaler and should be used in conjunction with one.

Most parents won’t be overly surprised to learn antibiotics top the list of the most commonly prescribed medicines for children. They treat a host of bacterial infections from strep throat to ear infections, UTIs, and much more. They do not, however, treat viral infections, so your doctor will need to identify the cause of your child’s ailment to be sure. Over the past decade, doctors have become more leery about prescribing antibiotics to avoid overuse and antibiotic resistance.

Interestingly, a new study, published by the British Medical Journal, Gut, has found a link between antibiotics and antacids given to kids—and child obesity. Because of the way each of these medications can disrupt gut flora and the way the body digests and absorbs nutrients, it can lead to weight gain. This is not to say, all cases of antibiotics are unavoidable, however. Depending on the type of bacterial infection your child has, one of the following may be prescribed:

• Amoxil (amoxicillin) is a penicillin-based antibiotic used to treat a host of bacterial infections, including tonsillitis, bronchitis, gonorrhea, or ear, sinus, skin, and urinary, infections in children as young as a few months old.

• Augmentin (amoxicillin/clavulanate) is a combination antibiotic that treats bacterial infections with a dose of penicillin and clavulanate potassium to fight bacteria that is resistant to penicillin or other antibiotics. It can be used to treat sinusitis, ear infections, bronchitis, urinary tract infections, and other infections in children as young as 12 weeks.

• Zithromax (azithromycin) fights a host of infections in children older than 6 years old, such as respiratory, skin, or ear infections, as well as sexually transmitted disease.

• Keflex (cephalexin) is another antibiotic that can treat a host of bacterial infections in all children over 1 year old.

• CiproDex Otic (ciprofloxacin/dexamethasone) is an antibiotic suspension used to treat ear infections. It is a combination antibiotic and steroid, and together they treat the infection, as well as bring down inflammation in a child’s ear.

Parents with kids who have eczema already know it encompasses a number of different types of skin disorders: atopic dermatitis, contact dermatitis, dyshidrotic eczema, and cradle cap (seborrheic dermatitis). According to the National Eczema Association, eczema will often make its first appearance within the first six months to five years of a child’s life. While the exact cause of eczema is still unknown, there are a couple of topical medications to help deal with flare-ups when they happen. Let’s take a quick look at the top two:

• Aristocort (triamcinolone) is one of the least expensive corticosteroid medications on the market used to treat eczema flare-ups in kids. It comes in both a cream and an ointment.

• Cortoderm (hydrocortisone) is used to reduce eczema flare-up, as well as other skin rashes in children over the age of 2. It can come in a variety of forms: cream, gel, ointment, and solution.

Fungal infections don’t just affect babies. Kids of all ages are prone to yeast infections and as it turns out, one of the most prescribed medications is one of them. Kids tend to pick up a fungal infection quickly because they aren’t always the most hygienic of creatures. Not washing hands, sharing or reusing towels, and even transference from pets can all be causes. Luckily, there are medications that can help.

• Nystatin (mycostatin) is an antifungal medication used to treat yeast infections, such as thrush and diaper rash in babies, children, and teens.

Most families with kids will have at least one round of pink eye blaze through in a given year. Once again, hygiene has its role in this fiasco. Remembering to wash hands, and not rubbing or touching eyes happens to be the best way to avoid pink eye. When that fails, there are drugs used in pediatric circles to combat it. They include:

• Polytrim (polymyxin B sulfate/trimethoprim) is a combination antibiotic drop used to treat bacterial infections in the eye, such as conjunctivitis (pink eye).

• Vigamox (moxifloxacin) is another antibiotic eye drop used to treat pediatric cases of pink eye in children of at least 1 year old.

Kids get all manner of aches and pains—not to mention fevers when they’re sick. NSAIDs, or nonsteroidal anti-inflammatory drugs, are typically the first thing your pediatrician will prescribe. Most of the time, you can simply pick these up without a prescription, but with caution. However, if the fever or pain is bad enough—say, from a broken bone—then they may have to prescribe a slightly higher dosage.

• Motrin (ibuprofen) is an NSAID used to treat anything from reducing fever, to treating pain and inflammation caused by anything from a headache—all the way up to a surgery. It can be used in children who are at least 6 months old.

• Tylenol (acetaminophen) is another common NSAID prescribed to treat pain, inflammation, and fevers in kids, typically older than 2 years old, though special cases can be made by the doctor. Children especially need to be careful when taking acetaminophen, as overdoses can happen quickly if the wrong dose is administered.

Most parents wish they could wrap their children up in a protective bubble to keep them safe from all the illnesses, diseases, or other conditions that exist in the world. Unfortunately, that’s simply not the way of things. Kids of all ages will have their own set of challenging health conditions that crop up. As you can see, there’s a host of different medications used to treat the common illnesses and conditions kids typically face. While there may be 19 medications, there are only 8 categories. Granted, this by no means is an exhaustive list of every medication a child may end up needing to take—but it gives you a quick glimpse on the most commonly prescribed and what they’re used for. Be sure to always administer the prescribed dosage from your doctor and call them immediately if any allergies or side-effect crop up. For those of you interested in the top 20 medications filled by Canadian Pharmacy King, click here to check them out.

** This article is intended for reference only and should not be taken as professional medical advice. Talk to your doctor or pharmacist regarding specific details of the medications your child has been prescribed.

Posted in Drug Safety, Parenting Board, Tips for Seniors