Home | Blog | More than Money Saving: Facts About the Evolution of Online Pharmacies

<< Pharmacy or Drugstore? Things You Should Know About Canadian Pharmacy

Mental Health Challenges for the Adopted Child - What Are They? How to Handle Them >>

More than Money Saving: Facts About the Evolution of Online Pharmacies 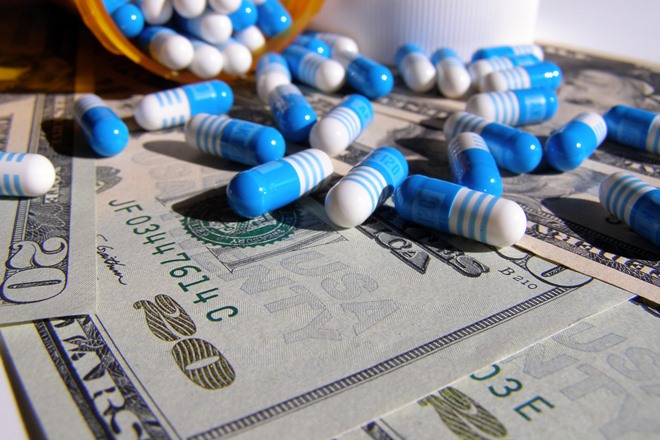 Online pharmacies are pretty synonymous with saving money these days. Almost everyone knows you can hop online and purchase your prescription medications through local or online Canadian pharmacies without much fuss. But have you ever stopped to consider the evolution of how online pharmacies came to be? What’s driven this market shift and how did Canada become one of the leading sources for cheaper online prescription refills? We’ll answer all of these questions and more. Read on for the details.

Originally known as apothecaries, pharmacies themselves didn’t begin going by this name until about 150 years ago . In an effort to standardize the field for pharmacists, a man named Edward Parrish proposed to change the name. Originally, pharmacists both made and prescribed the medications given to patients. But as the Durham-Humphrey Amendment passed in 1951, pharmacists became limited in their scope and how they could dispense medications. Now, any prescription medication has to be prescribed by a physician, rather than the pharmacist. Because of this, most pharmacists are limited to over-the-counter (OTC) medications and focusing on product safety for patients when they’re given a new prescription.

Starting with the turn of the millennia, online pharmacies began to see their numbers rise. Previous to Y2K, most patients would turn to their neighborhood brick-and-mortar pharmacies. Online pharmacies operate in much the same way as local pharmacies—with the only real difference being they work with customers via the internet and then mailed to your door, rather than received right there at the drugstore.

Americans and other individuals seeking to lower their medication costs have flocked to sites online who may be able to lend some support in the form of savings. Online pharmacies—typically those found in Canada—have continued to grow, in part, based on their reputation for their much lower drug prices. One of the reasons Canada has become synonymous with drug savings has to do with the way their country handles prescription medications. Unlike the U.S., who allows Big Pharma to dictate prices, the Canadian government negotiates a price to keep costs low. Because of this, their prices have been far more enticing to those in America looking for a deal.

In the United States, there’s been a number of attempts to get the importation of medication from Canada and other countries to be legalized. Some of the other countries which offer much more affordable prescription options include India, Israel, and the United Kingdom. These countries also operate very similarly to Canadian pharmacies, in that they can and will save money when you buy online.

While technically violating the current FDA regulations and federal laws, importing medications for personal use is typically not something the agencies go after. Rather, they target international drug suppliers and not the consumers. There has been no known case of any American citizen being charged for buying their prescriptions via an online international pharmacy for their own personal use.

Roughly 6 million Americans were purchasing their medications outside the US via online pharmacies from 2015. There are a number of reasons why the online pharmacy market is alive and thriving. The true reason will likely be a combination of factors for each patient. However, the three most common reasons include:

– Americans pay more for their prescription medications than just about anyone else in the world. In addition, wages have stagnated, while cost of living is at an all-time high. According to a recent article by CNN Money, 43% of American families can’t afford the basics. When pennies are pinched this tightly, finding ways to lessen the load isn’t simply a fleeting want—it’s a necessity. Cost is also a player for those who are uninsured or underinsured in the United States. Without the support of an insurance company who pays for some of the medication’s cost, most prescription drug costs—both brand name and their generic equivalents—may be simply too high. When you buy from a Canadian International Dispensing Pharmacy, like Canadian Pharmacy World, we operate by dispensing medications both in Canada and overseas, so you can save even more money. We utilize licensed fulfillment centers around the world, leaning on their low cost of quality generic medications and lower cost brand name drugs.

– We all live hectic lives and in the United States, it seems to be amplified. Being able to log into a trusted pharmacy’s website to fill a prescription order, knowing it will be shipped right to your door, is often an enticing reason to go with this option. Particularly if you know the medication will be the exact same as what you would get in the States and it won’t take long to arrive.

– There are certain medications some patients simply don’t feel comfortable having their local community pharmacist deal with. Perhaps they’re ashamed or have a stigma against their intended usage. While this could be different for each person, the most frequent prescriptions filled online are erectile dysfunction (ED) medications such as Viagra and Cialis. Often, when purchasing these medications, a certain level of anonymity is what they’re seeking.

Should You Use an Online Pharmacy?

When healthcare costs start getting you down, turning to a reputable online pharmacy can and will save you and your family money. The key is knowing how to spot the good ones from the bad ones. While there are a good many online pharmacies that have your best interests in mind, you still want to exercise some caution before ordering something. If something looks or sounds too good to be true, it likely is. If you’d like to learn more about how the online ordering process works, check out our helpful infographic.

“In our house, my husband and son both suffer from asthma. Because my husband and I are both self-employed, trying to get their inhalers at an affordable price can be a struggle. Thankfully, we found Canadian Pharmacy World and I decided to give them a try to see if going through them would be worth the effort of uploading the prescription order an

d having them shipped. I’m very happy to report we’ve saved a ton of money and if we remember to order before they run out—we never have an issue with running out. It’s been a godsend!” ~Online Reviewer

Before you pay for anything, take a few moments to look over the pharmacy’s reviews—whether on Yelp, Facebook, or a third party source like CIPA (Canadian International Pharmacy Association). Unbiased reviews can give you a good insight into whether or not the online pharmacy has integrity and is a good fit for your needs. Regardless if you find one you think is great—if they accept your prescription order without verifying your doctor has prescribed it—run the other way. Prescription medications, whether filled at home or online, will always need to have your signed prescription order.

Affordable medications and the desire for more privacy and convenience has been a driving factor in the growth of online pharmacies since the early 2000’s. Understanding these factors, as well as how to stay safe online plays a crucial role on the type of experience you’ll get. Knowing how to spot a reputable online pharmacy, as well as what to avoid are equally important. If you’re one of the individuals seeking better prices, more convenience, and privacy with your prescription refills, going online might be just the right move for you

Great article- thanks for the insight.