Home | Blog | Mental Health Challenges for the Adopted Child - What Are They? How to Handle Them

<< More than Money Saving: Facts About the Evolution of Online Pharmacies

Domperidone Only Available on Prescription from Canadian Pharmacy King >>

Mental Health Challenges for the Adopted Child - What Are They? How to Handle Them 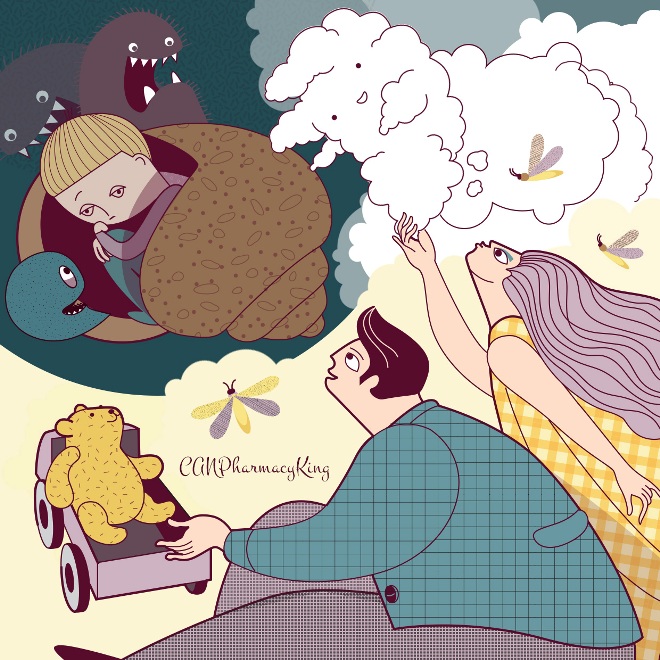 Does Adoption Affect a Child’s Mental Health Even If Adopted as a Baby?

People think of mental health challenges in adopted children in the cases where the children are adopted at an older age, but is it possible for a child adopted as a baby to have an increased risk of mental illness?

According to researchers at the University of Minnesota, child mental illness (as defined in the Diagnostic Statistical Manual of Mental Disorders, Fourth Edition [DSM-IV]) are more prevalent in adoptees than non-adoptees. These researchers also found that adopted children have more interaction with mental health professionals than their peers. These relationships were shown for children adopted in the first two years of life, with an average adopted age of four months. Assessments were made through interviews with the adoptees when they were 11-21 years of age. Interviews with the mothers were also conducted to detect illness in the children. There were 692 adopted children and 540 nonadopted children assessed in this study.

On the other hand, international adoptees were significantly more anxious and had more symptoms of major depressive disorder and separation anxiety disorder than their nonadopted peers.

This shows that the increased risk of mental health challenges for the adopted child are absolutely real, even when the child is adopted at a very young age. Mental health of adopted children, then, needs to be considered carefully.

According to United States Census figures, 1.6 million children and teenagers under the age of 18 are adopted in the United States and Puerto Rico. This makes the mental health and wellbeing of these children a major area of concern, not just for parents of adopted children, but for professionals and even society at large.

Overall, it is known that adopted children have mental health challenges in specific areas.

Attachment is the bond that forms between child and caregiver, typically the mother. This bond forms as the parent responds consistently in a nurturing way to the child’s needs. In this way, the child learns to trust the parent.

However, if the child has previously experienced neglect, abuse or inconsistent/inadequate care, this bond may be adversely affected. While attachment still typically forms, it is characterized by insecurity and mistrust with the child feeling neither safe nor loved. This can lead to a number of mental health concerns for the adopted child such as an attachment or conduct disorder.

And unfortunately, adopted children have commonly experienced these types of trauma, particularly when adopted at an older age. Often birth families can create traumatic experiences for the child and the foster care system, while designed to keep the child safe, can actually make these problems worse through multiple caregivers, numerous disruptions and poorly-managed transitions. It should be noted that attachment may be even more difficult for internationally-adopted children as they commonly experience institutionalization, deprivation and poor health care – all of which can negatively affect attachment further.

When a child leaves his birth family and then, eventually, joins his adopted family, grief and loss are common. In fact, even when a child is leaving a very unhealth environment where things like addition, neglect, abuse and other harmful situations are present, the child will still typically experience a sense of loss and the need to grieve that loss. According to the Adopted Families Association of British Columbia, losses for an adopted child often include loss of:

The mental health challenges of grief and loss in an adopted child can be further complicated by the fact that the child doesn’t understand the loss and doesn’t have the words to express his loss and grief. Because of the lack of healthy processing, the adopted child may act out. According to the Adopted Families Association of British Columbia, these reactions can include: anger, sadness, hyperactivity, changes in appetite, hoarding food, inappropriate emotional response, headaches, and difficulty making decisions, regressive behaviours and clinginess.

The adopted child may be confused by his feelings of loss and grief and when this happens, it is known as ambiguous loss. Ambiguous loss is generally present when there is confusion or uncertainty about the loss. For example, when the child is leaving an unhealthy environment and still experiences it as a loss, this can be very difficult to healthily grieve.

In a study of admissions to the Department of Psychiatry of the Jewish Hospital of St. Louis, it was found that children that had been adopted outside the family were 2.5 times more likely to be admitted to the psychiatric facility when compared with the general population. These admissions were more common in adopted children and adolescents and the rate fell into adulthood. According to the study, a wide spectrum of mental disorders were seen, but personality disorders (both transient and persistent) made up about 60% of the diagnoses.

Additionally, diagnosed disabilities have been seen in one in four adopted children at the start of kindergarten. This is twice the rate of children being raised by both biological parents. Behavior and learning problems are also common in adopted kids.

And, unfortunately, these difficulties seem to increase with time. By the time adopted children are in eighth grade, The Atlantic quotes a report stating:

“. . . fully half of adopted children have diagnosed disabilities. One third have received an out-of-school suspension by the end of that school year, compared to 10 percent of children living with both biological parents. And adopted students performed significantly below average on reading, math, and science assessment tests . . . most of the conditions adopted children are dealing with are things like attention-deficit disorder and learning disabilities, rather than severe intellectual or physical disabilities . . .”

While these studies and numbers on mental health challenges in adopted children may seem daunting, it’s important to note that a large percentage of adopted children grow up happy, healthy and well-adjusted. Certainly, being an adopted child does not seal one’s fate.

It’s important that parents of adopted children reach out for help if mental or behavioral health issues arise. There are many kinds of interventions, including therapy, that are available in these situations, but parents have to reach out to get it. In terms of which treatments are right for the adopted child, this will depend on things like the age of the child, the child’s previous trauma and the child’s developmental state. It will also depend on the type of problem the child is experiencing. Medications may be indicated for some adopted children with mental illnesses.

Some types of psychotherapy for adopted children are:

With very young children, this type of therapy is useful as children are not yet able to verbally express everything they are feeling. Play therapy allows a young child to work through complex emotions in a safe and effective way.

In this type of therapy, the therapist works one-on-one with the child to help identify and express problems and then work on ways to handle those problems.

The advantage of a small group of people therapeutically working through similar issues is that feedback from peers is available along with the expertise of a therapist. This type of therapy is often used with adolescents and often when substance abuse is involved.

This therapy is based on the assumption that all psychological problems reflect some form of dysfunction in the family and/or in the family the adopted child left. Family therapy often involves sessions devoted to building health attachment relationships and open communication.

This therapy focuses specifically on the actions of a child rather than why a child is behaving in a certain way. Parents are taught proper reward and punishment techniques and adopted children are taught to understand their own actions.

This time-limited therapy focuses on problem-solving skills including identifying distorted thinking, modifying beliefs, relating to others in different ways and changing behaviors. This can be particularly helpful for adopted children dealing with emotional regulation problems. Cognitive and behavioral therapy are often combined into what’s known simply as cognitive behavioral therapy (CBT).

This therapy specifically focuses on the ways that a trauma can affect a person relative to his developmental age and the age at which the trauma occurred. It deals with traumatic memory-processing in in order to make the memories and their effects more tolerable.

As stated above, many adopted children have issues with attachment and this therapy aims to build a secure, healthy, emotional attachment between parent and child. This therapy is given on the assumption that development of attachment will provide the security needed to heal the psychological, emotional and behavioral issues.

Parents may also need to reach out for help for themselves as adopting a child with mental health challenges can actually trigger reactions in the parent. The parent may be dealing with her own feelings of grief or loss, or trauma experiences.

Posted in Parenting Board