<< Fats or Carbs? Which Diet is the Key to Victory

The Surprising Thing Linked to Hypertension >>

This article was written by award-winning writer and speaker, Natasha Tracy, she is a bipolar freelance writer for Canadian pharmacy online 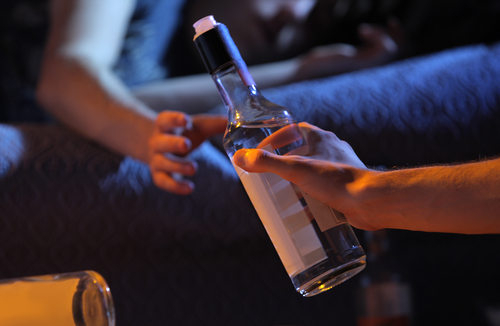 Alcohol is the most-used psychoactive substance in all Canadian populations, including in Canadian youth, by a wide margin. In fact, 70% of youth age 15-24 report drinking in the last year while only 20.3% report using cannabis. Canadian youth typically first consume alcohol at 16 years of age.

This is a huge problem as alcohol is related to half of all motor vehicle accidents in which a youth is killed and 31% of alcohol-related traffic deaths were of youths.

Alcohol abuse may also negatively affect a brain’s development, which continues until 24 years of age. Additionally, the earlier an adolescent starts to drink, the more frequently he or she drinks and the more likely he or she is to develop alcohol dependence or alcohol abuse problems.

In a study of 1,200 youths age 12-20 in Pennsylvania, 10% of youth over the age of 14 screened positive for an alcohol use disorder in the past year as defined by the Diagnostic and Statistical Manual of Mental Disorders, Fifth Edition (DSM-5).

The Question that Pinpoints Youths at Risk of Abusing Alcohol

Asking a teen how many drinks he or she has had in the last year appears to be a single question that healthcare professionals can ask that indicates which teens likely have alcohol problems.

For adolescents ages 18 through 20, it was found that those that had drank one or more standard drinks on 12 days in the past year were at highest risk for an alcohol problem. It was found that of this group, 31% had an alcohol use disorder.

Of course, no single question can identify an alcohol use disorder in teens, but screening positive on this one question test should prompt a professional to do a formal diagnostic evaluation.

How Big a Problems Is Alcohol Abuse in Canada?

There are approximately 886,000 Canadians ages 15 or older who abuse, or are dependent on, alcohol, according to a 2012 survey; moreover, 18.9% of Canadians (about 5.5 million people) are classified as heavy drinkers in Canada and that can come with serious health and social consequences.

And, unfortunately, in 2002, there were a total of 8,103 deaths attributable to alcohol.

And many people, particularly youth, are not screened for possible alcohol use disorders by healthcare practitioners. Healthcare professionals cite time constraints and other issues as to why this screening does not take place.

The reason why a one-question screening that can identify teens at high risk of alcohol abuse is so powerful is because it allows for assessment of risk in spite of these constraints. And, if teens at high risk of alcohol abuse can be identified, they can be helped before they turn into alcohol-abusing adults. It is this type of screening that can save lives, not to mention the wellbeing of the affected teens.