<< Knock Your Socks Off: The Best Socks for Your Feet

Jon Snow Lives: What His Resurrection Really Means for Westeros >>

Photo Credit: Mark Alpert.
It turns out toasting to your health may actually be beneficial for your health, especially if that glass is filled with a golden dram of Scotch. Derived from the Gaelic words meaning “water of life," Scotch has been found to hold a number of health benefits that range from heart health and healthy digestion to diabetes prevention and a longer life span.

In 2011, Dr. David J. Hanson revealed some startling findings in his research paper from the New York University that showed that people who consume one to two drinks of whiskey, daily, have a 50 per cent lower chance of having a stroke or developing dementia in old age.

“Virtually all the health benefits of alcoholic beverages are from the alcohol itself," explains Dr. David J. Hanson, professor emeritus at the State University of New York at Potsdam. “Alcohol significantly reduces the risk of heart disease, stroke, diabetes, dementia, arthritis, enlarged prostate, osteoporosis and gallbladder disease, among many others."

Another study, this one presented at the EuroMedLab conference in Glasgow, found that all alcohol contains ellagic acid, an antioxidant that destroys cancerous cells, but that Scotch contains more ellagic acid than other alcohols.

Although Scotch can be classified as a single malt, blended malt, single grain, blended grain, and blended whiskey, the drink is highly protected by a strict set of distilling and aging laws that govern how to make this grain-based product.

To be considered a true Scotch, the liquid but be produced at a distillery in Scotland from water and malted barley that has been processed, converted, fermented, and distilled at the distillery to an alcoholic strength of no less than 94.8 percent by volume (190 proof). After the liquid has been distilled, it then is required to mature in oak casks for a minimum of three years before it can be bottled, where any age labeling on the bottle must be indicative of the youngest whiskey used to produce the Scotch (i.e., 18 year, 12 year, etc.).

The strict process has served Scotch drinkers well, and it’s partly because of that process that the drink contains so many benefits for the body when consumed in moderation. To make whiskey, distillers have to dry the barley malt over a fire fueled by Scottish peat, a highly condensed material of slowly decayed wetland vegetation (i.e., moss, sedges, and shrubs). While the malt is drying, the smoke from the peat produces phenols (boasting great antioxidant properties), which are then absorbed by the malt and remain in the picture all the way through bottling. It’s because of the presence of those phenols that Scotland’s Rowett Research Institute was able to state that consuming alcoholic drinks containing phenols (like Scotch whiskey and red wine) “transiently raises total phenol concentration and enhances the antioxidant capacity of plasma" (i.e., moderate intake of Scotch can decrease the risk of coronary heart disease). 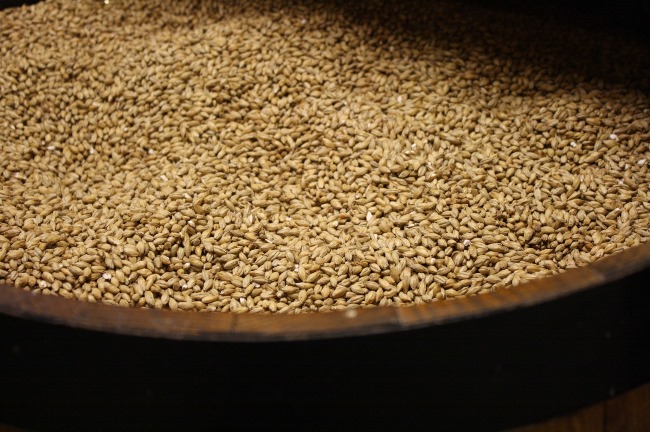 Stretching from Orkney down to the Isle of Arran and Aberdeenshire over to the Outer Hebrides, the Highland region is the biggest geographical whisky region in all of Scotland. In fact, more than 50 percent of all the Scotch malt whiskies are produced in Speyside alone. While the region’s size lends itself to a vast variety of flavor profiles and whisky characteristics, one common thread flows through the entire Highland Scotch profile: it’s water.

The water in the Highlands runs through volcanic mountain rock, making it some of the purest in Scotland. No matter where the bottles are filled or which river the liquid is sourced from, that pure Highland water goes into every bottle to make each sip of Highland Scotch a tonic that aids in producing a bill of clean health.

Of course, it must be said that drinking alcohol is only beneficial when done in moderation (i.e., 25ml for women and 35-40 ml for men). If misused, alcohol can actually damage a person’s health as well as harm individuals and their families, but when consumed appropriately, Highland Scotch can aid in a healthy lifestyle for most adults, and even has some surprising health benefits. Go ahead and pour yourself a dram of the good stuff while you check out the following little known health benefits of Highland Scotch whisky. 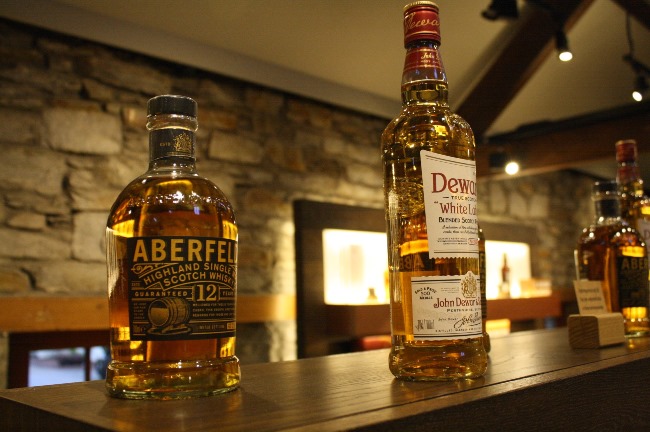 The combination of the alcohol and the ethanol found in whisky both boosts blood circulation and helps the neurons to function property for a big boost in memory. According to a 2003 study, the antioxidant properties of the ellagic acid found in Highland Scotch actually reduce the risk of Alzheimer’s and dementia while improving cognitive functions. In fact, a study by the National Center for Biotechnology Information found that drinking one to six drinks each week could actually lower the risk of dementia more so than avoiding alcohol all together.

Just like any other alcohol, when consumed in moderation, whiskey acts as an appetite suppressant. However, as opposed to other alcoholic beverages, whisky is remarkably low-calorie (64 calories per ounce) and it is fat free and cholesterol free. Despite having such a low percentage of sugar (only 0.04 grams of sugar carbohydrates that easily transfer into energy once it enters your system), a study from the American Society for Clinical Nutrition found that moderate consumption of whisky increases energy and actually decreases the desire for sucrose (sugar).

3. Reduce the Risk of Strokes

Strokes occur when there’s a reduction or interruption of blood going to the brain, an occurrence that starves the brain of oxygen and nutrients and causes the brain cells to die. The composition of Scotch whisky can actually reduce the risk of strokes as it removes unnecessary cholesterol from the body as it prevents cholesterol from clogging the cardiovascular system, relaxes the walls of the arteries, and thins the blood to reduce the risk of an ischemic (clot-caused) stroke.

4. Fight the Flu and Combat a Cold

Although it’s no replacement for rest and drinking plenty of non-alcoholic liquids, Scotch whisky can help shorten the length of a cold or even help fight off the flu. The alcohol content works to relax blood vessels in the throat which, according to Dr. William Schaffner of Vanderbilt University Medical Center, “makes it easier for your mucus membranes to deal with the infection." The alcohol in Scotch also kills bacteria in the throat, providing some relief for anyone suffering an itchy throat due to allergies, a cold, or the flu. An Australian study from Monash University found that a daily dose of whiskey gives drinkers the required amount of daily Vitamin C intake, and can work to help boost the body’s immunity to viruses like the flu or the common cold. While a shot of whiskey may do the trick, the best results come from combining the spirit with a bit of honey, lemon, and herbal tea (i.e., a hot toddy).

As mentioned above, Scotch acts as a natural blood thinner, and reduces the risk of developing blood clots that could lead to a stroke or heart attack. But aside from protecting the heart, Scotch can actually help strengthen it with its high level of antioxidants that inhibit the oxidation of low density lipoproteins, a leading factor when it comes to heart disease.

Taking a sip of Scotch at the end of the meal is a tradition as old as the beverage itself; but it turns out there’s merit to the ritual. The alcohol in Scotch has a light affect on the stomach walls that results in the release of acids which then help to digest foods, while the ethanol found in the drink can actually stimulate gastric release.

Sipping a glass of Scotch at the end of a hard day could be just the tool the body needs to help unwind. Scotch increases circulation and oxygenates the blood in a way that produces a tranquil sensation throughout the body. Pair that with the fact that it also slows down brain activity, and you’re left with one relaxing, and delicious, end of day ritual.

8. Reduce the Risk of Cancer

One of the many antioxidants found in Scotch has been linked to preventing the replication of cancer cells and stopping DNA from coming in contact with cancer-causing compounds, like nitrosamines and polycyclic aromatic hydrocarbons. Known as ‘ellagic acid’, this antioxidant is also effective in shielding the body from damage that can be caused from chemotherapy.

Containing only 0.04 grams of carbohydrates, Scotch is the drink of choice for many diabetics, but it can also help in preventing the disease. One study found that long-term moderate alcohol intake can help the body regulate insulin, and reduces the risk of developing type 2 diabetes due to improved insulin sensitivity.

Free radicals are the number one cause of aging, and the antioxidants found in Scotch work to fight off those maturing menaces while boosting the body’s immunity to a variety of illnesses and diseases. In fact, one study from the Research Society on Alcoholism found that moderate drinkers had a lower overall mortality rate than heavy drinkers or even non-drinkers.

Despite all of the health benefits associated with Highland Scotch Whiskey, it’s important to note that they are only beneficial when the drink is consumed in moderation. So drink smart to enjoy the delicious benefits of this “water of life." 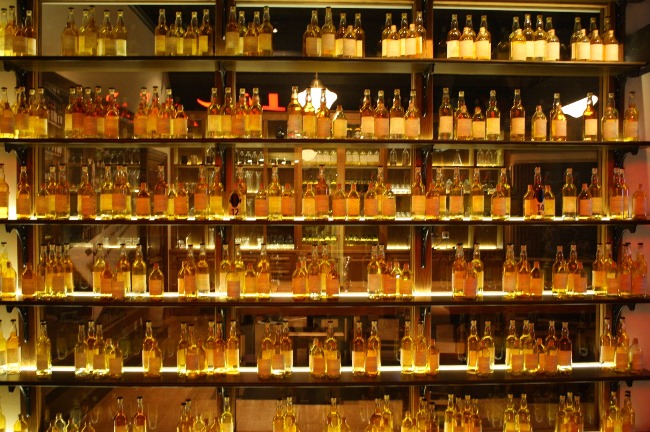