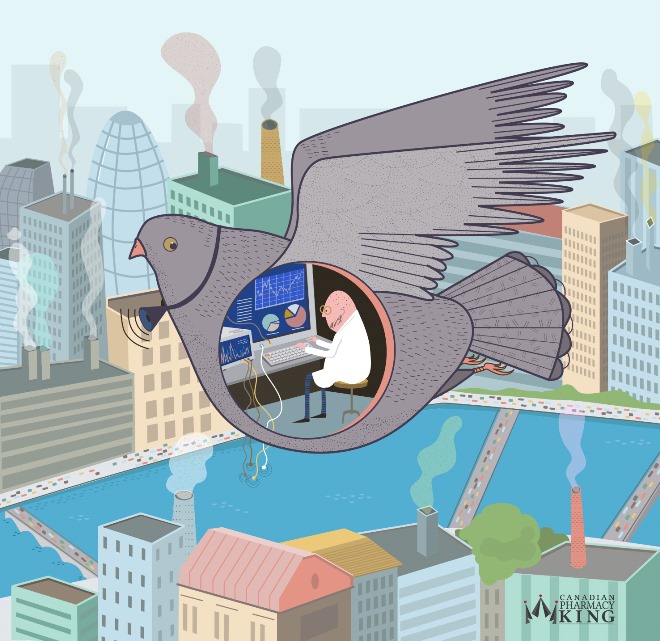 Air pollution in big cities is a massive problem and scientists need to collect data every day to try to control it. Pigeon Air Control in London “employes" local pigeons to carry air pollution sensors which detect the level of pollution in different areas of the city. The readings are easily received via a smartphone app, so people can be warned about high level of air pollution and get an advise how to avoid being affected. For example cyclists are advised to wear masks and joggers are advised to avoid the main roads. Statistically up to 9500 people die each year in London alone, because of long-term exposure to air pollution, especially from NO2 .