Home | Blog | Is Dad Responsible for Your Weight?

<< The New Year Can be a Clean Slate for the Mentally Ill, Too

Bringing Drug Costs Down in 2016 with Generics and Biosimilars >>

Is Dad Responsible for Your Weight? 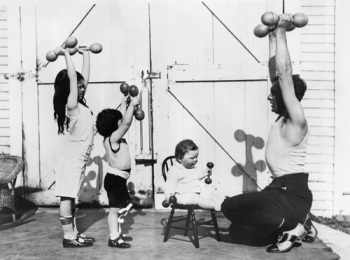 by everett225, despositphotos.com
Studies have been around for a long time following the myriad ways that a mother’s health and habits can affect her unborn child. For example, drinking alcoholic beverages, smoking or doing drugs, vs. working out, eating right, etc. They’ve even found how a mother’s obesity during pregnancy can affect her infant’s brain, years after birth and possibly their whole lives.

Only recently have we been privy to some of the insights on how a father’s health and habits could also affect the same infant. For example, older dads could be genetically risky in the form of birth defects and other minor issues. This year, one of the intriguing paternal health finds comes from a Danish team of researchers is the possibility an overweight dad can change genetic markers in their sperm which can eventually affect their unborn child, and increase their likelihood of becoming obese themselves.

Obesity in men has already been linked in the past to other paternal issues such as infertility and erectile dysfunction, but this is the first study showing a predisposition to obesity could be passed on via the sperm. This predisposition may not be surprising, considering on some level, we already have seen that parents who are obese tend to have kids who are as well. However, this goes beyond nurture and deep into nature. While it’s true obese parents will probably have some unhealthy habits that will ultimately translate to their kids, the fact is, they are possibly being dealt a difficult hand before the game even begins. Which of course can make things all the more challenging.

The study was pretty small, taking into account only 13 lean men and 10 obese ones. It also didn’t include any generational data, meaning they didn’t follow the infants to term and beyond. Instead, this study strictly looked at the epigenetic marker changes between the men. What it found were some pretty important differences in the genetic regions associated with controlling appetite. It’s important to note that the genes themselves weren’t changed, just how those genes are expressed.

Another interesting fact was how the same obese man’s sperm cells changed those markers after undergoing drastic weight loss via gastric-bypass surgery. The study tracked changes in six of the men’s sperm by comparing just the sperm before surgery, to shortly after, and again a year later. The results of studying the effects of weight loss on the sperm proved important, because 5,000 of the 9,000 or so markers associated with obesity went away within the year. That’s a pretty drastic shift. While the researchers are still trying to figure out what specifically made the changes happen, it’s pretty clear the changes are not random.

In the not-so-distant past, having a predisposition to obesity may have been a good evolutionary trait to obtain from your father. It would have been an advantage to resist infections and famines. It’s only in recent times where this genetic trait has become a hindrance.

Further research is set to take place in the years to come. The scientists plan to continue their epigenetic-offspring connection by working with a fertility clinic to study the epigenetic differences of discarded embryos produced by men with various weights. In Denmark, after five years, embryos must be discarded or used for medical research, by law. The team will also be comparing data taken from cord blood from infants who were brought to term by each of the same men from the fertility clinic.

While the definitive results may take some time to extrapolate, knowing that an unhealthy diet or lifestyle can affect somatic cells of the body should give some food for thought to all parents-to-be. For now, it appears a father’s weight may be up for discussion as much as a mother’s when it comes to the expression of their children’s eventual genetics. It’s safe to say, taking care of yourself has lasting effects, going well into your children’s and possibly your grandchildren’s lives.

Posted in Light Thoughts, Parenting Board