<< Is Dad Responsible for Your Weight?

Stand Up and Be Healthy >>

Bringing Drug Costs Down in 2016 with Generics and Biosimilars 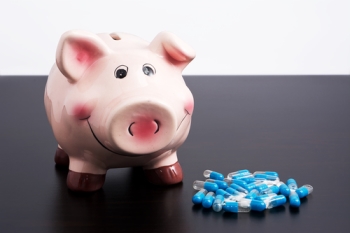 by adamico, despositphotos.com
Last year, we saw the makings of what will likely be another year of skyrocketing drug prices and public backlash here in America. While high drug prices have been an issue for a long while, the topic of obscene prices were brought into the spotlight thanks to then CEO of Turing Pharmaceuticals, Martin Shkreli. Shkreli hiked the price of a 62-year old drug, Daraprim, more than 5000% overnight, causing him to become not only the focal point of the drug pricing backlash, but also the center of an investigation. Ultimately, Shkreli had to resign as CEO in December 2015 amid criminal and civil securities fraud charges unrelated to Daraprim’s price hike. While we hope Shkreli’s behavior is isolated, much of the American population isn’t so sure. The rise in the popularity of politicians like Vermont Senator Bernie Sanders points to American unrest with the current status quo; not excluded in this unrest is the price of pharmaceuticals.

2016 is shaping up to be an interesting year for the pharmaceutical industry and for potential savings for consumers. Beyond the backlash, the US market has finally taken steps to approve a new type of medication that you may never have even heard of: Biosimilars.

In its basic form, a biosimilar drug is nothing more than a biologic drug; as opposed to a straight up small molecule (chemically synthesized) drug. The biosimilar drug is just like it sounds, intentionally created to be similar to its reference product. To understand how a biosimilar is different from a small molecule drug or even a standard generic drug, we need to understand the nature of biologic drugs themselves because that’s where the distinction lies. Biologic drugs are those whose active ingredients are made in a living system and are far more complex than small molecule drugs. This is because they’re generally derived from a living organism including humans, animals, microorganisms, yeast, or bacteria.

In order for a biosimilar to be approved, there’s still an extensive dance it must participate in with the FDA. While a typical drug has market exclusivity for five years, a biologic drug has twelve to recoup the costs involved with development and research. This goes to show just how much added efforts go into the complexity of a biologic medication. Not to get too complicated, but there are actually two types of biosimilar drugs:

1. Ones that are biosimilar, but have different indications than their reference product, and

2. Ones that are bioequivalent enough to be used interchangeably with their reference product. More on that in a minute.

Once patents and exclusivity runs out, and a biosimilar drug is ready to be considered, the FDA looks at the following definitions to determine whether or not to approve the drug.

• The biological product is highly similar to the reference product notwithstanding minor differences in clinically inactive components; and

• There are no clinically meaningful differences between the biological product and the reference product in terms of the safety, purity, and potency of the product.

• The biological product is biosimilar to the reference product

• It can be expected to produce the same clinical result as the reference product in any given patient; and

• For a product to be administered more than once, the safety and reduced efficacy risks of alternating or switching are not greater than with use of the reference product without altering or switching.

March 6, 2015 brought about the era of biosimilar drugs to the United States when the first biosimilar drug was approved. Zarxio (filgrastim-sndz) by Sandoz is the only biosimilar FDA approved drug and based off of the reference product, Neupogen by Amgen. Though Zarxio shares 5 major indications with it’s reference, at this time it’s not considered to be interchangeable. So a prescription for the medication is still needed in order to use it.

How are Biosimilars Different from Generics?

Generics are small molecule drugs which are the pharmaceutical equivalence to their reference product and can be used interchangeably without a separate prescription.

Depending on what the biosimilar drug treats, it could be considered a biologic generic of sorts – but only if the indications are the same as its reference product and if the FDA approves the drug to be used interchangeably.

To be considered an interchangeable biosimilar is likely the goal for most companies producing biosimilars, but the FDA will likely require extensive clinical data to give such an approval. Once that threshold is met, the hope is to begin a healthy competition which will bring prices down on biologic drugs, just as generics have done for small molecule drugs.

In the meantime, a biosimilar could be used for the same indications, just as Zarxio is for a number of Neupogen’s indications, but it could either not be equivalent enough to be interchangeable or conceivably have better efficacy than their reference product – thus also denying its interchangeability.

Only time will tell just how much biosimilar drugs will end up affecting pricing down the road, but all indications are good that a more competitive market will produce a more competitive price structure, too. So while the politicians work their end to lower the costs of prescription drugs in the United States, generics and biosimilars may be another avenue toward cost savings for the average American. That’s something we can all get behind.