<< Will the New Facebook Dislike Button Harm Your Mental Health? 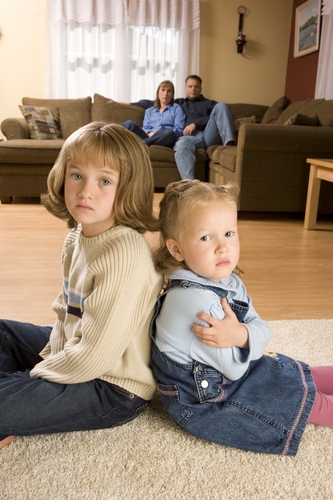 by DesignPicsInc, despositphotos.com
On September 11th, 2015, Yahoo posted an interesting article about whether or not it’s acceptable to discipline someone else’s child. For some it’s taboo- for others, it’s humiliation at it’s best. I know if my kids were to get disciplined while I was standing there (and evidently doing nothing), I’d be a bit mortified. Not so much for my kid – but hey, watch yourself kiddo; you shouldn’t need to be disciplined by a stranger – instead more for myself as a parent. I mean, c’mon, who would feel great about their kid getting corrected by someone else? I know I sure wouldn’t.

In a way, it’s a subtle (or maybe not so subtle) way of saying, “Gee lady, your kids need to be taught some stuff by you. Wanna get on that?" I know some people wouldn’t care, in fact, they’d welcome the help. Or maybe they just don’t care what others think in general. But I for one, want to make sure my kids are being raised – not just growing up. They should have good manners, know how to treat others, say please and thank you, and open doors for people who need help – and a myriad other things. But that’s because they’re my kids and those things are important to us as a family.

So, role reversal. If I was witnessing some appalling behavior from someone else’s kid, would I say something? Geez, that one’s a bit tougher. There are some instances where I would absolutely say something; for example in my own house. If you’re a kid coming over to my house, you play by our house rules. I don’t care if you get up from the table and run around when you have dinner at your house. If you’re eating with us, your bum stays in your seat until you’ve been excused, your hands stay off your head, legs down, and your drinks to the middle of the table (we have clumsy kids!). We don’t hit, lie, steal, and our game time is limited to an hour. Sorry. We believe kids should have more time off electronic devices than on them. The catch with this, though, is if a kid is close enough to be in our house, they probably already know our house rules. If they know them, then their parents know them, too.

Where things become trickier is out in public. Just because I wouldn’t allow my kids to push another kid out of the way, for example, doesn’t mean it’s my job to get after someone else’s kid. It’s their parent’s job. When it becomes my job is if my kids are feeling threatened, could get hurt, or they come to me with the problem. Then, you’d find me stepping in. However, I’d always consider how approach the situation before I started.

Tips for correcting someone else’s kid in pubic:

If you know, or can find the parent of the child, strike up a conversation with them about the behavior. Don’t make this a complaint fest, just an observation, or a statement. Something like: “Hey, I notice Timmy over there being a bit rough with my daughter. I know kids have tons of energy, but is there any chance you could ask him to tone it down a bit? I don’t want either of them to get hurt." If the parent looks at you like you have a horns growing out of your head, let it go and move on to #3.

2. Talk to the child

If you can’t find the parent in the immediate vicinity, sometimes just getting noticed by an adult who isn’t their parent can be enough to stop some bad behavior in their tracks. If you feel the behavior is bad enough to warrant an intervention (i.e. someone might get hurt), speak up. Let the child know that whatever they’re doing is not okay and if they continue, you’ll need to talk to their parent. This isn’t an open ticket to yell and scream at someone else’s child – this should be a calm, stern talk.

If your child doesn’t like the behavior of a kid they’re playing with, remind them they have the option to say no, or to stop playing with them until the offending kid’s behavior improves. Ultimately, the buck stops with them (as long as they’re not in immediate danger), so give them the tools they need to start setting up good boundaries now. Later on in life, that skillset will guide them through many obstacles.

Raising kids can be challenging, but it becomes exponentially trickier when dealing with other people’s kids. The most important thing to remember, as the Yahoo article states, if you see something that doesn’t jive – speak up. Either to the parent, the child, or your own children – but do so without judgment or being overly critical. Use it as a learning lesson for all involved.

Posted in Parenting Board, Whats Trending