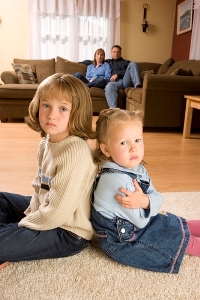 by DesignPicsInc
On September 11th, 2015, Yahoo posted an interesting article about whether or not it’s acceptable to discipline someone else’s child. For some it’s taboo- for others, it’s humiliation at it’s best. I know if my kids were to get disciplined while I was standing there (and evidently doing nothing), I’d be a bit mortified. Not so much for my kid – but hey, watch yourself kiddo; you shouldn’t need to be disciplined by a stranger – instead more for myself as a parent. I mean, c’mon, who would feel great about their kid getting corrected by someone else? I know I sure wouldn’t.

In a way, it’s a subtle (or maybe not so subtle) way of saying, “Gee lady, your kids need to be taught some stuff by you. Wanna get on that?" I know some people wouldn’t care, in fact, they’d welcome the help. 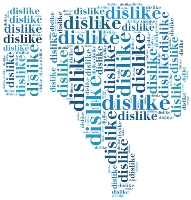 by Mattz90
Facebook is finally responding to users’ requests and adding a “dislike" button to Facebook posts. Just like the “like" button, users will soon be able to click a button to “dislike" a post. But the question is, is this new dislike button on Facebook going to harm people’s mental health? Will the dislike button actually make people feel better or worse when using this social media site?

“. . . people have asked about the dislike button for many years. Today is a special day because today is the day I can say we’re working on it and shipping it," 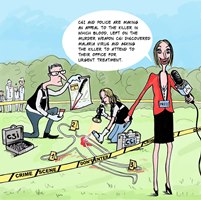 CBS confirmed that CSI will end its 15-season run with a two-hour finale on Sep 27th, featuring original cast members William Petersen and Marg Helgenberger. To celebrate the 15 incredible years. Fans including #CANPharmacyKing who has touched this show. This one's for you. 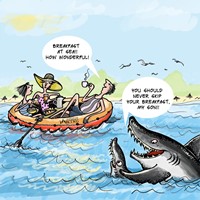 Skipping breakfast is not a good idea at all. If you do it regularly it will eventually affect your health. Why breakfast it so important? Firstly your body and mind needs energy re-fuel after hours of night fasting. Secondary it increases your chance of becoming obese and also developing diabetes and wrist of a heart attack. Having a breakfast makes people less likely to be hungry during the rest of the day, so they do not overeat. 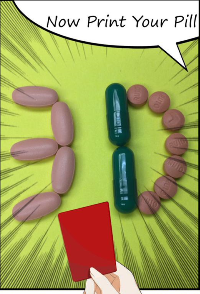 There’s a new game changer on the horizon and for those of you who are fans of Star Trek, it may sound an awful lot like a replicator. 3D printing has been around in some form since the 1980’s, but in recent years, the technology has been breaking ground with advancements in all things from medicine to art – and everything in between. It’s now poised to revolutionize a number of markets, including the pharmaceutical industry.

Aprecia Pharmaceuticals’ new 3D printed drug, Spritam, has been FDA approved to treat seizures and is expected to hit the market sometime in early 2016. According to Aprecia, the 3D printing process they used was originally developed at MIT and allows them to get an incredible amount of accuracy in the delivery system of up to 1,000 mg per tablet. 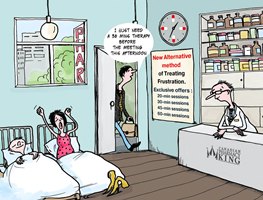 It is very well known, that sleep is very important for everybody. A recent study reveals that a short nap can help to reduce impulsive behavior and tolerate frustration. Just 30 -60 minutes of sleep in day time can make one’s behavior calmer and also help brain working better.