<< What Are Negative and Positive Symptoms in Schizophrenia?

De-stressing With Apps In The 21st Century >>

According to a new study, lowering sodium intake is not as good as it was thought to be. Fat and salt act together to increase weight gain. This conclusion was made after researches experimented with mice diets. They found out that the group of mice, that was kept on a high-fat diet with highest salt content gained 3 times less weight than mice who were fed high-fat food with less salt content.

"This suppression of weight gain with increased sodium was due entirely to a reduced efficiency of the digestive tract to extract calories from the food that was consumed," explains one of the scientists. The study might lead to the development of a new anti-obesity treatment.

However, at the same time high salt level diet can be pretty dangerous as it can increase risk for cardiovascular disease. 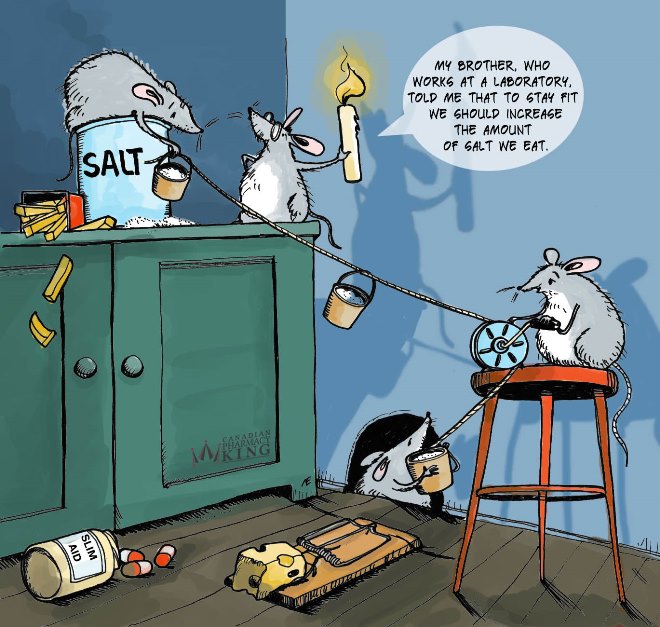 Liubov Edwards is an illustrator and graphic designer from Falmouth UK; she has been worked for Canadian Pharmacy Kingsblog since Dec 2011.