<< The Surprising Side Effects of Grooming 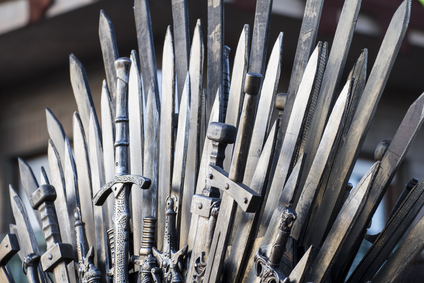 by outsiderzone, despositphotos.com
Mental health probably isn’t the first thing that pops into your mind when you think Game of Thrones, and according to licensed mental health counselor Colleen Jordan, that’s probably a good thing because Game of Thrones is full of sociopaths, borderlines, narcissists, alcoholics, and people suffering from delusions. Character by character, mental illness is plotted throughout Westeros. Characters we love and characters we love to hate are all there in their mentally ill glory.

Joffrey Baratheon is the character we love to hate and maybe that’s because, according to Jordan, he’s a sociopath – clinically this is known as antisocial personality disorder. When Baratheon is killing and hurting people and delighting in it, he shows off these personality disorder traits. Of course, in the show Baratheon dies before his 18th birthday and so is not technically diagnosable, but his sadistic ways certainly make him a shoe-in for the diagnosis had he lived that long.

The Love of the Borderline and the Narcissist

“Borderlines and narcissists are attracted to each other, because the borderline wants to merge, have an identity, be safe and supported. And the narcissist needs someone to essentially worship them and provide them with validation. So the borderline’s fear and focus on abandonment actually feeds the narcissist."

Tyrion may be a fun character, but he sure seems to have substance abuse issues and didn’t escape from the Lannister line without a healthy dose of narcissism, too. While, occasionally, he feels bad about his self-centered ways, this is quickly suppressed and medicated away with alcohol and sex – altering moods with substances is a definite sign that someone should look into a recovery program.

Melisandre and Stannis are both suffering from delusional disorders on Game of Thrones. Melisandre’s delusions are of her own greatness (delusions of grandeur), and Stannis’s delusions are shaped by the reality that Melisandre is creating. She has all the power in the relationship and, perhaps due to lack of his own personal identity, Stannis goes along with it – even to the detriment of his marriage.

If all this has you thinking that Westeros is an insane asylum on rolling hills, fear not; there are a handful of Game of Thrones characters who are doing pretty well, mentally. We might love Daenerys Targaryen because she’s one of these characters. Unlike some of her narcissistic associates, she actually seems empathetic and is doing as well as possible, under the circumstances.

Game of Thrones and Mental Health

If you’re in love, or in hate, with some of the characters on Game of Thrones because of their mental illnesses, that’s okay. Drama wouldn’t be what it is without its creative characters – diagnosable or not.

To read more about Jordan’s take on mental illness and Game of Thrones, see A Therapist Explains Why Everyone On ‘Game Of Thrones’ Has Serious Issues.

Natasha Tracey is a professional writer and author for Bipolar Burble. She currently worked as a freelancer for Canadian Pharmacy King.

That's the best answer by far! Thanks for cortgibutinn.