I cooked Chinese steamed buns at home. The fillings include minced pork, eggs, and chives. You can choose what you want and fill with your favorites. Steaming buns is a traditional Chinese recipe, also pan frying buns can be very delicious. For the Chinese steamed buns recipe, visit AllRecipes.com 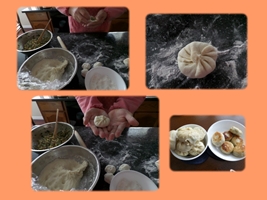 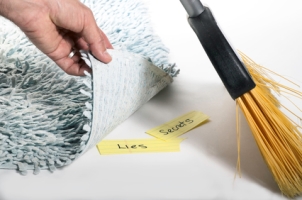 by Boyrcr420, despositphotos.com
Everyone has things they’d rather not say, and at the very least, hope to keep private. Not because they are necessarily bad, but because they don’t need to be discussed in open public forum. However, some families have a much more destructive pattern of communication, which can ultimately lead to estrangement, distrust, deter new relationships, and even preventing personal growth. There is a difference between privacy and secrets.

Privacy is simply the state of being unobserved. For example, changing your clothing. Keeping something private may include our fantasies and daydreams, feelings about the way the world works, and even our spiritual beliefs. When revealed, these private thoughts give another person some insight into the revealer.

Secrecy is the deliberate act of keeping something hidden.

A Medical Prescription to Reduce Racism? 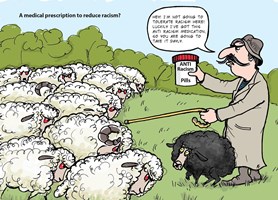 Arousing the Female Libido with Books or Medications 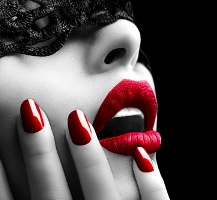 by Subbotina
For years, lack of sexual arousal in men has been big bucks for the pharmaceutical industry. There are 26 FDA-approved drugs on the market to boost a man’s performance and sexual drive, but not a single one for women. Perhaps that’s because a woman’s sex drive comes from her most complex organ – her brain. Goodness knows we are still trying to figure that out.

According to studies, approximately 1 in 10 women suffer from low sexual desire, and as many as 43% may be suffering from some type of sexual dysfunction. That’s a lot of women, when you think about it. With the intense interest in all things 50 Shades of Grey, and Sprout Pharmaceuticals’ push to have the first female libido enhancing drug approved by the FDA – perhaps 2015 is women’s year to take back their sex lives.

Encouraging Our Kids to Kick Butts this March 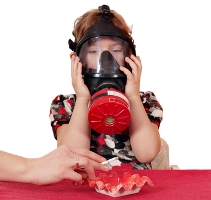 No, we’re not talking preparing kids for the inevitable Walking Dead apocalypse, but it is something equally deadly and not at all fictitious. National Kick Butts Day is March 18th, 2015 – and is a way to help teach kids about the deadly consequences of tobacco use. Every day, over 3,500 kids try tobacco for the first time and of those 1,000 will become repeat customers. That’s a frightening statistic when you consider nearly 500,000 people die each year from a tobacco related death.

When I was a kid, I grew up in a household of smokers. While you’d think that it would have been easy for me to take up the habit, their obsessive use actually had the opposite effect on me. I hated it. I hated being around when my parents smoked, or when they had guests over that would make our home smell like the bottom of an ashtray. My eyes would water, and my sinuses burn. I lived during a time when smoking in restaurants was acceptable, and as a child, you couldn’t escape it. To this day, I’ve never once tried a single puff.

Back in the Sack: Birth Control Options After Baby 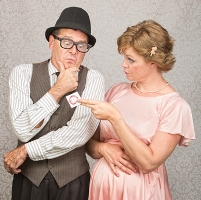 by creatista
If you’ve been following some of the other articles I’ve written, you probably already know that I’ve recently given birth. With Valentine’s Day recently over (not to mention my anniversary!), I’ve been giving some thought to the type of birth control we should get started on. My husband and I have enough on our plates with six beautiful kids, so for obvious reasons, we’d like to prevent any accidental miracles – at least for now. But which option is the best one for a nursing mom? I thought I’d share some of the interesting details I’ve found out so far. Consider this a quick sex-ed refresher, in case it’s been a while. I know it has been for me!

Since my last baby 5 years ago, there seems to be a lot of new research out there that states any estrogen related contraceptives should be skipped until after your baby is weaned. This is because it can impede quantity and quality of your milk supply.

Here are a few methods that involve very little cost (if any), and can be implemented as soon as baby arrives.