<< The Link between Bipolar Disorder and Obsessive-Compulsive Disorder

Back in the Sack: Birth Control Options After Baby >> 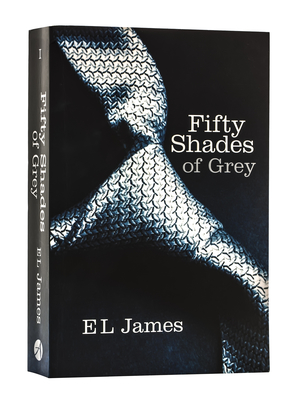 by urbanbuzz, despositphotos.com
Fifty Shades of Grey, a best-selling erotic book by author E. L. James, has set book sale records worldwide and recently been turned a feature film. But what does reading a book, or now, perhaps, watching a movie, tell us about the people who seek out a storyline that contains sexual scenes that include both bondage and violent discipline? Is it possible that people who choose to read 50 Shades of Grey do so because there is violence and abuse in their own lives? Do young adults who read 50 Shades of Grey actually have more mental health issues than others?

Amy Bonomi, chairperson and professor in MSU’s Department of Human Development and Family Studies, conducted a study with more than 650 women between the ages of 18-24 and found disturbing trends in those who chose to read 50 Shades of Grey. According to the study, published in the Journal of Women’s Health, readers of 50 Shades of Grey are:

• 25% more likely to have a verbally abusive partner

• 34% more likely to have a partner who exhibits stalking behavior

Additionally, those that chose to read all thee 50 Shades of Grey books, were at a 65% increased risk for binge drinking and at a 63% greater risk of having had five or more intercourse partners.

SEE ALSO: Arousing the Female Libido with Books or Medications

“All are known risks associated with being in an abusive relationship, much like the lead character, Anastasia, is in "Fifty Shades." And while the study did not distinguish whether women experienced the health behaviors before or after reading the books, it's a potential problem either way,"

Bonomi fears that 50 Shades of Grey could reinforce poor mental health behaviors (such as in the case of eating disorders) or even possibly spark new mental health issues such as entering an abusive relationship.

Controversy Over 50 Shades of Grey

In spite of this, branches of the public library in Brevard County, Florida, removed copies of the book in March 2012 and a representative stated it was due to sexual content. Later the libraries did make books available due to public demand.

What Can Be Learned from This Study on 50 Shades and Mental Health?

Bonomi states that it isn’t about banning the book or preventing people from reading it but it’s about understanding that the mental health behaviors assessed are known risk factors for being in a violent relationship.

"We recognize that the depiction of violence against women in and of itself is not problematic, especially if the depiction attempts to shed serious light on the problem. The problem comes when the depiction reinforces the acceptance of the status quo, rather than challenging it."

50 Shades of Grey was published in 2011 with its second and third parts: 50 Shades Darker and Fifty Shades Freed, published in 2012. The series has sold over 100 million copies worldwide and has been translated into 52 languages.

Natasha Tracey is a professional writer and author for Bipolar Burble. She currently worked as a freelancer for Kingsblog and Online Canadian drug stores.