Get inspired with health quotes and words from Canadian pharmacy online, or laugh at funny quotes about diseases and conditions. The Big Treasure Is Living Healthier!

Even if you don’t take any medications yourself, I’m sure you’ve at least seen a commercial on TV for some of the more popular ones on the market right now. Somewhere near the end of the commercial is a list of possible side effects (usually ranging from headaches, nausea, vomiting, etc.). However, there are also many rare side effects that have no other way to describe them other than… bizarre. They’re often so rare that you’ll never hear about them in commercials, but they certainly exist.

Here’s a list of our top 10 rare-but-bizarre side effects: 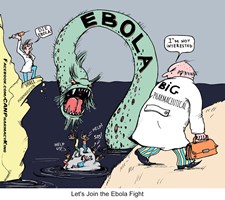 The resent Ebola outbreak has already claimed over 2,000 lives. But it could have been stopped, if a vaccine had been developed and stockpiled sooner. Unfortunately big pharmaceutical companies, which dominate the market, were not interested in investing in vaccine, as the poorest countries in the world can't afford to pay for a new vaccine.

Posted in Cartoons and Comics, In the News, Whats Trending | No Comments »

We live in the information age, to be sure – and this age is spreading to all parts of the world. This is good news for those parts previous left in the dark, where word-of-mouth is how vital information was shared. Social media is changing the way that same vital information is now shared, particularly in Africa. This infograph sets out to not only give you some valuable pieces of intel about the Ebola virus, but also how social media is playing a role.

With contagious diseases such as Ebola, arming people with accurate information is key to protecting themselves. The good news is, while 2014 has been one of the deadliest years in terms of the disease, more people than ever before are online and gathering an arsenal of knowledge to combat the hysteria.

Check out some of the startling facts on Ebola in this new Age of Information. Leave us a comment below and let us know your thoughts. 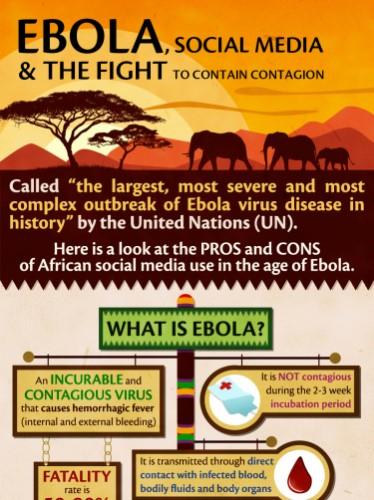 Tips on Helping Your Child Stay Healthy and Enterovirus FREE

Social Media by TLFurrer/istockphoto
When news of the recent outbreak scare of enterovirus 68 hit the news this past weekend, as a parent, I was obviously concerned. Ten states so far have contacted the CDC for assistance in investigating clusters of enterovirus -- Colorado, North Carolina, Georgia, Ohio, Iowa, Illinois, Missouri, Kansas, Oklahoma, and Kentucky. Living in Minnesota, having two neighboring states with outbreaks is a bit unnerving. According to the latest reports - I'm not the only one unnerved.

Posted in In the News, Parenting Board, Whats Trending | No Comments » 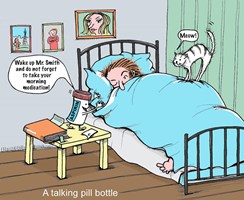 One of the biggest problems in medicine is that people don't consistently take the drugs they're prescribed. A new pill bottle cap connected to wireless network is going to be a solution. The system called "Vitality" will blink and make sound signals to remind a patient to take his medicine and can be set to alert if someone isn't taking medicine.