Home | Blog | Is Shopaholic A Hobby or Disorder

<< Laughter is the Best Medicine: Find it on Twitter

Is Shopaholic A Hobby or Disorder 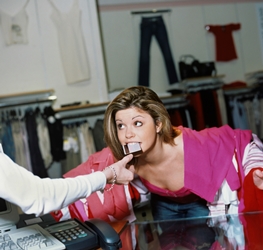 For people all across the world, shopping is not only an occasional outing, but a daily necessity. From groceries, to clothing, to our daily needs, you probably can't go a week without shopping. But for some, shopping is more than just a way to keep their bellies full. It can become a serious disorder that can leave a person in personal and financial ruins.

Last year, Americans spent on average $407 per person over Black Friday weekend, and that means roughly 57.4 billion dollars total. While some can say this type of spending is normal considering the holiday weekend, there are many people who can easily blow that amount on any old normal day.

The concept of shopping as a disorder originally came about in the 1990's, and has gained more prevalence in recent years. Oniomania, otherwise known as shopaholism (or compulsive buying) is considered an impulse control disorder not unlike obsessive-compulsive disorder, and can even be classified as a clinical addiction. A review article published in World Psychiatry estimated that approximately 6% of Americans face compulsive shopping habits at one point or another in their life. Some speculate that those numbers could be even higher.

Those with the disorder can be categorized by three diagnostic criteria for compulsive buying:

2. Distress or impairment as a result of the activity

3. The act of compulsive buying is not limited to hypomanic or manic episodes

Shopaholism can be traced back to failed parent-child interactions, leading people to turn to things in an attempt to fill the void. Children who experience parental neglect often grow up with low self-esteem because throughout much of their childhood they felt unimportant. At some point, they turn to substitute comforts such as toys or food, in compensation for loneliness. Adults who depended on materials for emotional support when they were younger are more likely to become addicted to shopping. This is in part because of the ongoing sentiment of deprivation they endured as children. Perfectionism, general impulsiveness and compulsiveness, and the need to gain control have also been linked to the disorder.

If you feel like you may have an addiction to shopping, there are some smart ways to take control back. Here's just a few:

1. Recognition of the problem.

If you've got mounting debt and heaping closets filled full of mostly unused must-have items, it's time to face the music. You can't start turning your life around, if you can't even accept there's a problem to begin with.

Set some limits and be specific. It may mean busting out a pen and paper and taking a good, earnest look of what you owe, what you pay out, and what you can truly afford. But in the long run, it will be worth it.

Smart shoppers know that stores are set up to entice you to buy more. Yes, even the grocery store. Make a list and stick to it. You're pocket book will thank you later.

Comparison-shopping can save you hundreds of dollars if you take the time to do it. Trust me, I know from experience. Think about the places you generally shop, the items you usually buy, and see if anyone sells them cheaper. Sometimes, even though you may spend more up front, it may make long-term sense to shop wholesale retailers like Costco.

Everyone knows the old adage - don't go grocery shopping on an empty stomach. The same applies for all shopping. Choose your shopping times wisely. Don't shop if you're lonely, angry, worried, etc. Be specific about when and where you shop.

It's easy to over shop because of the magic word: SALE. Saving $20 on a top, meanwhile paying $50 more than you intended isn't all that great of a deal. Be wise about marketing gimmicks, and if all else fails, revert to your budget.

Are you addicted to shopping, or know someone else who is? What do you do to try to keep your shopping under control? Do you agree that shopping can be a disorder? Why or why not? Leave us a comment below and let's discuss!

Posted in In the News