When I was first introduced to Reiki, I was twenty-three and just diving into the idea of alternative therapies. I grew up on a household with a brother who was born with a brain tumor, and an aunt with Down syndrome. I was no stranger to doctors, hospitals, and medicines. I also come from a mixed house of skeptics and alternative spirituality believers. It was no odd occurrence to have a tarot reading taking place in the kitchen, while a discussion on the ramifications of global warming and the latest research was also taking place in the living room.

I have always treaded a fine line between those two worlds. As someone who feels deeply tied to my family, it was natural to hunt for new and safer ways to heal the body. Reiki ended up being that for me.

Better than a Helmet 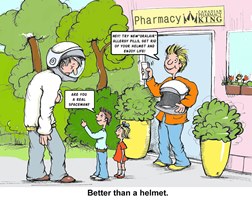 Spring is coming which means that pollen allergy is coming too! And instead of wearing helmets or spending all the time indoors, some allergy patients might be able to feel a little more comfortable than usual this spring. Thanks to new form of allergy medicine, called Oralair, which is simply taken under the tongue. 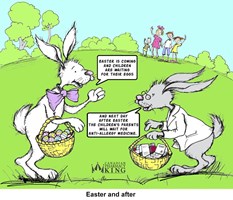 Easter is coming and Easter Bunny hurries up to bring children their chocolate eggs. But the next day the chocolate lovers' parents are calling for a Post-Easter bunny to supply them with anti-allergy medicine.

Cellphones and Seniors: A Guide to Buying New Technology

According to recent report from the Pew Internet and American Life Project, as few as 18% of seniors are using smartphones, despite growing popularity and trends. Only 39% of adults age 55-64 have them.

As a daughter of two Baby Boomers, I understand how hard it is for even the most willing older adults to latch on to the latest technology.

Posted in In the News, Tips for Seniors | No Comments »