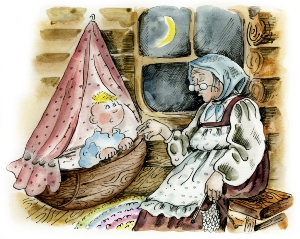 Most of the people we know who are past a certain age make more or less frequent reference, often with a shrug and a rueful laugh, to having "senior moments." The term 'senior moment' itself is so common that we tend to apply it to every memory lapse, even tiny, ordinary ones. It's become a reflex, like saying 'please' or 'bless you' even when we're alone. Anyone ever bump into a chair at home and say 'excuse me?' Bernard Carey joked in the New York Times, "The story is familiar...for anyone who is over 50 and, having finally learned to live fully in the moment, discovers it's a senior moment."

The sneaky thing is that how old you feel, subjectively, can also affect your memory. In a Texas A&M study, researchers asked a group that averaged 75 years old how old they felt, both before and after administering brief memory tests. Subjective age declined nearly five years, from 58.6 to 63.1. (Younger people given the same test showed no difference before and after the test.) Was it fatigue from the test itself? Apparently not"simply showing the seniors the instructions for the test was enough to make them feel older. The study concluded that the effect was due to the extremely strong and pervasive association we have formed between age and memory.

Perhaps you aren't just what you eat, but what you say, too.

Another newly reported study from Germany that's making the rounds this month might also make seniors feel better. The results of this study suggest that we don't forget because we are declining generally, so much as that our memories get filled up over the years. And like an overstuffed closet, this makes it harder to find that one blue silk shirt we only wear every now and then. The University of Tubingen research study found a way to use advanced computer analysis techniques to "mine" huge databases of words and word combinations, in order make a computer mimic the how brains retrieve memories. When the scientists factored the larger number of words we know the older we are, the differences in memory processes nearly disappeared.

Underneath the jokes, though, we suspect there's always been a kernel of fear lurking, because forgetting, as we age, has a scary side-the fear that someday, we'll go from misplacing our keys or missing an appointment to forgetting our childrens' names. Or even our own. We worry that one day the old person found wandering the streets in pajamas will be...us. There's plenty of evidence all around us about the effects of Alzheimer's and other dementia. And science has isolated at least one known genetic risk factor (the apolipoprotein E ( APOE) ε4 allele) that indicates a predisposition to manifesting the disease.

Now it turns out that simply fearing Alzheimer's may be a self-fulfilling prophecy. In a study at UC-San Diego, a group of people aged 52 to 89 who did not have Alzheimer's were tested for APOE. Some of those who were positive for the gene were told they did not have it, while others were told they did. Those who "knew" they did not have the gene scored significantly better on memory tests than those who knew they did. The chief researcher attributed the result to the subjects' belief about their own capabilities, which affected their expectations; lower expectations led to poorer memory scores.

If all this still isn't enough, you might want to consider the chocolate remedy. Plenty of evidence links the flavonols in dark chocolate to things like lower risk of heart disease and stroke, and improvements in mental functioning and memory. And that's in addition to just making you happy. So why not break out those truffles you've been saving from the holidays, or even better, use them to whip up a dark Pot du Chocolat?

Carefully melt about 7-oz. (100-gm) of dark (70% or more) dark chocolate. Off-heat, slowly add 1/3 cup (75-ml) boiling water and a teaspoon of real vanilla until smooth. Then fold in 1/2 cup (125-ml) thick cream, portion into 3 or 4 small bowls or custard cups and put it somewhere to cool at room temperature for forty minutes to an hour. Eat it with relish, savoring every moment, senior or otherwise.

If you can remember where you put it.

Posted in Tips for Seniors